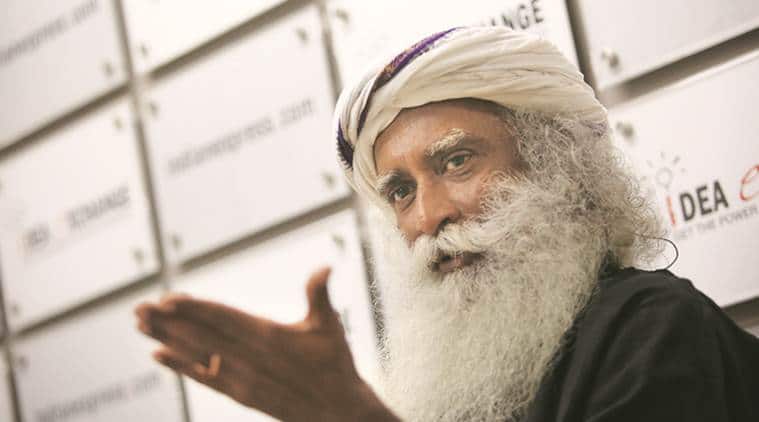 I am far more “left” than people can imagine, but I am not crazy left, where you make sure people are left out of all development and all possibilities. My idea of left is a more fair and just administration. I say “more” because there is no such thing as an absolutely fair and just society. All we can create is a society where things are largely happening in a fair manner, and if people are not equal, at least they have equal opportunity.

What left means is your life is not about yourself; your life is about the community. The Isha Yoga Center is a commune — in a way, it is a communist arrangement. Nobody is asking how much you have, your religion, caste, where you come from, who your father is. We will treat you like we treat everyone else. If you rise and show some special qualities, we will honour that as well. Communism means everyone is sharing and living together. For instance, you are willing to give away your phone to someone who does not have one, or at least share it with your neighbour because, after all, you are a party member. In the Yoga Center we do such things effortlessly. This is absolute left.

But the people who claim they are “left” are not living like that. Many are just living in their own home, talking left philosophy. Their lifestyle, opinions and attitude do not show that they are left or liberal. One aspect of this is that they feel only they should have freedom of speech and nobody else. Liberal means whatever is in my heart I will speak, and you should listen and tell me what is wrong with it.

You cannot point out one thing and just say, “No, I do not like it.” That will not work.

If you believe that your opinion is much more sacred than the people’s will in a democratic society, then you have a fundamental problem. When a majority of the people elect a government, even if you do not personally like it, it is still your government. It is not someone else’s government. For me, this is India’s government and I will support it. Not because I am someone’s fan or because of any political ideology, but simply because I am a citizen of India. The country is offering a certain order, facilities and fundamentals for us to live and work. For that, I will abide by whatever the government says by law.

You can vote against a Bill in Parliament, you can express what you think is wrong with it. If we have some concerns about a certain law, we can say, “this is our concern, please fix it”. But it is still the government’s choice whether they want to fix it or go ahead with it. So then you say: “I will take to the streets — my right to protest.” You have the right to protest for sure, but you do not have the right to disrupt even one citizen’s life. You have no right to block the road, cut off the water or electricity or whatever else. You must ask for permission, find an area, sit there and protest. The democratic process has enough proper platforms where you can protest.
If you do not agree with the law, there is a court where you can go. If it is in any way illegal, it will get knocked down.

But if it is legal and you still do not like it, you must strive hard to win the next election — that is the only way you can do it in a democratic country. Many people are not able to digest this simple fact. They do not have the necessary commitment to work for five years and somehow win the election next time. They just want to sit at home, wine and dine all their life but protest about everything that the government does. You cannot lose the election and pass the laws. If the losers want to pass laws and carry the trophy, it is not fair.

This article appeared in the print edition of May 15, 2020, under the title ‘I am more left than you think’. The writer is founder, Isha Foundation. He was conferred the Padma Vibhushan by the Government of India in 2017