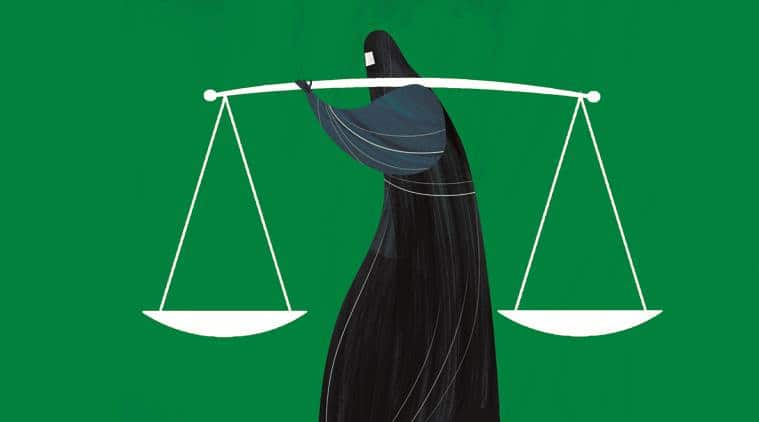 The Muslim Women (Protection of Rights on Marriage) Bill 2019, now a law, has been hailed as a victory for gender justice by Law Minister Ravi Shankar Prasad and other supporters of the Bill. The question is: Will this law really provide justice to Muslim women? To answer it, we need to inspect the Bill’s content as well as the intention with which it has been brought in.

The issue of triple talaq is definitely real in India. For decades, many Muslim women activists have been engaged in a struggle to change discriminatory family laws. The agenda had been holistic, covering not only one form of talaq but traditions like halala and polygamy and demanding a more comprehensive “gender just law”. The intention was to bring Muslim women into the gamut of secular family laws, which are applicable to all other women from all religions in India. However, the current Act is a far cry from such an objective.

The Bill has many flaws. Its first provision says: “Any pronouncement of talaq by a Muslim husband upon his wife, by words either spoken or written or in electronic form or in any other manner whatsoever shall be void and illegal.” In fact, such a practice had already been declared unconstitutional by the Supreme Court in its judgment on August 21, 2017. The SC had sought legislation in support of its judgment and the law would have been sufficient with just this one section. However, the government has included unwarranted criminal provisions in the Bill.

The next provision talks about punishment of the husband with imprisonment up to three years and a fine. This is, in itself, a contradiction. If triple talaq has no legal validity (by virtue of the SC verdict), how can you punish it? Also, the personal laws of all communities are civil matters. This is the first time that criminal provisions are being laid out in matters of marriage and divorce.

The next provision talks about the husband providing a subsistence allowance. How can a jailed person provide money? Further, the woman in a case of triple talaq, will receive no support from her in-laws, since she will be seen as being responsible for putting her husband in jail.

There are existing laws which protect Hindu women and those from other communities in cases of domestic violence. Instead of this new law, in case a husband insists on triple talaq by unlawful means, he could have been booked under the Protection of Women from Domestic Violence Act. A common gender-just law could be a solution, rather than separate religion-specific laws. The BJP has batted for a common civil code since decades. Ironically, when the time came, they opted for a sharia-based law.

Currently, there is a sense of apprehension in the Muslim community, given the backdrop of mob lynching and the talk by political leaders of imposing the National Register of Citizens not only in the Northeast but across the country. The fear is that the triple talaq law will be used as a tool to harass men from the community.

The way in which the Bill was passed in the Rajya Sabha is also a concern. Many members who opposed it in the debate helped the BJP by remaining absent during voting. This was irresponsible and shows apathy towards issues concerning Muslims.

This law will only serve the political purpose of the BJP. Affected Muslim women will continue to suffer. In fact, the law will add to their suffering.