Kartarpur presents an opportunity for normalisation of India-Pakistan ties 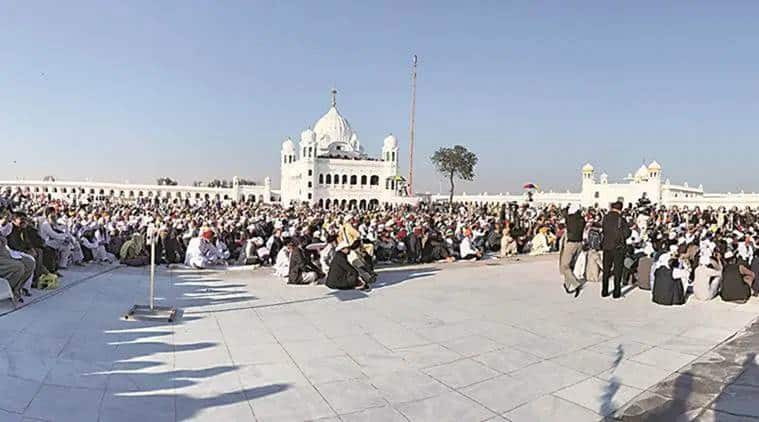 On November 9, Prime Minister Imran Khan got together with thousands of Sikh pilgrims to inaugurate the Kartarpur Corridor. Prime Minister Narendra Modi thanked Pakistan for opening up the route to the last resting place of the great Sikh founder-guru, Nanak Dev, in accordance with an agreement reached between the former Pakistan Prime Minister Nawaz Sharif and former Indian statesman-PM Atal Behari Vajpayee in 1999. The Sikh yatris were visibly touched as they heard PM Khan speak of the “opening up borders for free movement and trade with India”.
Things looked good till the Indian media “revealed” the presence of a group of “Khalistani” agents at Kartarpur. That meant the corridor was actually a conspiracy to undermine India’s integrity by luring the Sikhs away. On the Pakistani side, the hounded opposition thought of the “betrayal” of “Kartarpur” after Modi “annexed” Kashmir. But the people at large didn’t bite and were happy to receive more pilgrims. Imran Khan covered his head as he paid tributes to Guru Nanak Dev.

The “largest gurudwara in the world” was thought of by Imran Khan and the chief of the Pakistan Army General Qamar Javed Bajwa. The impressive gurudwara came about in 10 months because the army took charge of it and built it in record time. If the army is behind the project, is it, therefore, a conspiracy to alienate the Sikhs of Indian Punjab from India?

Or is General interested in “cooling the eastern front” because his challenge from the “western front” is too big for the Pakistan Army to handle? India kills Pakistani troops on a permanent basis on the Line of Control (LoC), but the new development is that Afghanistan too kills Pakistani troops across the wire-fence Pakistan has erected on the challenged Durand Line. The odds on the western front are enormous: The hostile elements include the Taliban (Afghan and Pakistani) backed by al Qaeda which is fully entrenched in Afghanistan, and the Islamic State whose appeal for the Pakhtun youth is increasing.

Pakistan has tried diplomacy against the removal by India of Article 370 from the Constitution. The world has reacted negatively to the abuse of human rights in Kashmir but Pakistan has failed to get the world, including the Islamic world, to condemn the “annexation” of Kashmir by India. What Pakistan has learned is the fact that under the Simla Agreement the world will “not decide” the dispute of Kashmir between India and Pakistan.

Pakistan is under pressure. It is economically handicapped by the stringency of the conditionalities of the IMF and threatened with sanctions from the Forward Action Task Force (FATF), ironically presided over by China whose China-Pakistan Economic Corridor (CPEC) requires peace in the region and possible participation in the trade route by India with whom China enjoys a two-way trade of $80 billion. After the exit of the US from Afghanistan, Pakistan faces uncertainty across a border it has failed to control. Is it time for an India-Pakistan “normalisation” that once looked real under Prime Minister Vajpayee?

There was a time when India as a status quo power wanted Pakistan to join talks on bilateral “normalisation”. Pakistan stuck to “the precondition of Kashmir” which it now acknowledges is not a realistic policy option. It thought it could compel India to come to the table under pressure from “jihad”. But this so-called jihad slumped towards the end of the 1990s and began to hurt Pakistan. The Kartarpur Corridor is the door of opportunity for both countries.

This article first appeared in the print edition on November 16, 2019 under the title ‘Corridor Of Conciliation’. The writer is consulting editor, Newsweek Pakistan