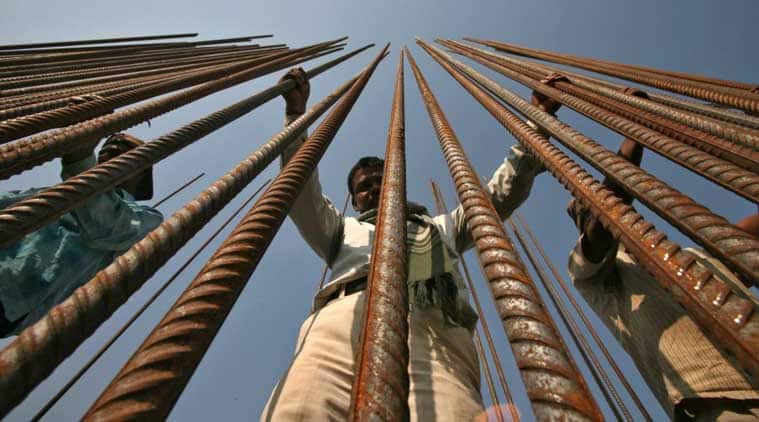 It’s too much to expect any major initiatives aimed at resolving serious problems, before June. When the election commissioners were on the move— in scenic Northeast and Kashmir, us mere mortals were biting our nails, waiting for the election dates to be announced. Now that the dates have been announced, the government has run out of next generation projects to announce.

This really does not mean that serious non-Pakistan problems should be totally ignored. At least, business-as-usual decisions could be taken and carried on with the polling fanfare on the side.

The economy is in a coma. Quarterly GDP growth has set a record. It’s at a six quarter low. Now we said so, and its well known, given the lags, that seeds of low growth are planted six months earlier. So this writer’s forecasts then were kosher, and are coming home now, but that doesn’t soften the suffering. At least an attempt can be made to raise investment. The corporate sector will definitely respond, unlike the inaction of investment to the interest rate cut. Incidentally, the reversal of former Reserve Bank governor Urjit Patel’s sound interest rate policy meant that the one bright spot, namely inflow of funds, also reversed showing that the government persons on the monetary policy committee (MPC) had caused the damage, which deputy governor Viral Acharya tried to unsuccessfully stop. He seemed not to have the ear of the new central bank governor and was voted out.

Money spent now would add on an element of sincerity to the photo ops of project inaugurals because it could be announced that work is starting and “X” amount is available. Having done scarcity relief, a collector can get going straight away.

Our woes are compounded by the disaster in agriculture. Growth in 2018/19 is sharply lower at 2.7 per cent. Quarter after quarter growth is also disappointing, showing that the basic impulses are missing in each agricultural season. Farm growth at 2.7 per cent in the last kharif (October-December quarter), year-on-year, is distressing, since it reflects policy inadequacy in implementation.

Given this background, the numerous marches by farmers’ organisations are understandable. All indications are that the terms of trade for the agricultural sector continue to deteriorate, indicating that our market policy reforms, well-designed at the national level, are not well structured to cover the last mile and do not really reach farmers, particularly the smaller ones, who are in the majority.

Again, it is possible to fund the procurement agencies — the Food Corporation of India, NAFED, not to mention the NABARD cafeterias planned and available to be started in each state. NABARD also champions farmer producer companies, which in turn are friends of NABARD and so can help in implementation and spending productively at short notice.

In the background of all this not happening, it is not at all surprising that employment surveys show an increase in unemployment rates. It would be good to address this problem rather than shoot the messenger. If funds are spent on employment schemes, despite the leakages, the outcomes will be better, partly because local resources of the pre-requisites of and for rural employment works are available. But of course, such schemes are for the majority poor and not a direct inducement, to use a polite word, to the voter. Hopefully, this will now be an election issue rather than personal abuse.

Bad ideas in a short-sighted system drive out good ones — a policy variant of a banking rule called Gresham’s Law, which says that bad money drives out good money. I guess this rule is well-known to people used to those who fled with thousands of crores of rupees!

The writer is an economist and a former Union minister