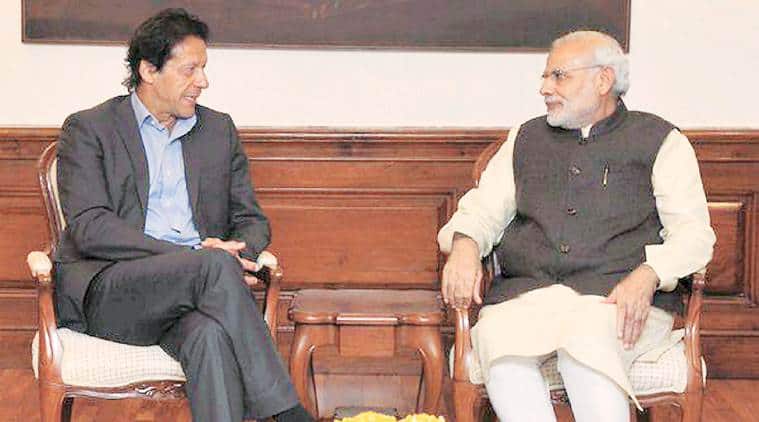 Prime Minister Imran Khan is trying to cleanse Pakistan of corruption and set up a new equation with India at the same time. With the first, he refuses to change his style; with the second, he honestly strives for change but is expected to get nowhere for the time being. The military establishment is behind both projects. Army chief General Qamar Javed Bajwa has said so. Khan’s political opposition wants relief from the corruption cases against them; and the PM’s aggressive but unattractive style of public address ends up giving them some relief.

Pakistan has a long history of ignoring its economy while concentrating on Islamising an already non-secular state. Decades of state evolution has moulded the nation in a direction favouring militarisation aimed at revisionist adventure against India. Few can challenge this direction because of the textbook indoctrination of “homo Pakistanicus”, from school onwards.

India didn’t reject the Raj completely. Shashi Tharoor embraces the pluralism of an Indian Constitution showing “continuity” with the legacy of the Raj despite his remarkable case-building against its exploitative aspects. Indians living under Ambedkar’s constitution have gotten used to accepting the non-Hindus of India as equals. If Prime Minister Modi has any obstacle standing in the way of his Hindutva drive, it is this experience. In contrast, Pakistan has aspired to the consolidation of the identity of the Muslims.

PM Modi should look closely at what Pakistan has done to itself. Laws target its unthreatening, minuscule non-Muslim minorities and make their lives untenable, targeting them through what is called the Sharia and special legislation such as the Anti-Blasphemy Law. Pakistan kills its Christians on the pretext of blasphemy. The Hindus of Sindh — some of whom belong to the same Gujarati community as that of the founder of the nation — are being subjected to persecution that the state can do nothing about. It is killing the Muslims, too, because they are Shia; and the world watches the genocide of the Hazaras of Quetta. Is the Modi government going to do the same kind of thing to the non-Hindus? Pakistan has been lynching; now India lynches too. In Pakistan people are scared of protesting against this lynching; in India, too, the secularists are frightened by what is happening in the streets while the state institutions look the other way, just as in Pakistan.

Has India decided, through its election of Modi, to teach a lesson to revisionist Pakistan by becoming just like Pakistan? It may have, but with one difference: Pakistan is economically belly-up while India is still doing well. The retreat into religion by India is going to be different from the way the Middle East and Turkey have accomplished it.

India under Modi will hopefully be pragmatic, if only to reap the advantage of being the big and economically dominant state of South Asia. Bangladesh, has prospered by not antagonising it through any kind of revisionism; and has done so well economically that Pakistan has had to take note of it. By changing its current stance of “no-truck” with Pakistan, India can start negotiating to inaugurate an era of peace that may transform South Asia with India as its central power.

If China can be India’s largest trading partner why can’t India be Pakistan’s, burying the issue of Kashmir through free movement of capital and people? It is no longer a secret that behind Imran Khan’s peace overtures — so far unsuccessful — stands China, increasingly conscious of the dangers posed to the China-Pakistan Economic Corridor by India’s aggressive proxies on the Durand Line. If an Indo-Pakistan normalisation begins, it will transform South Asia and bring prosperity to its impoverished population.