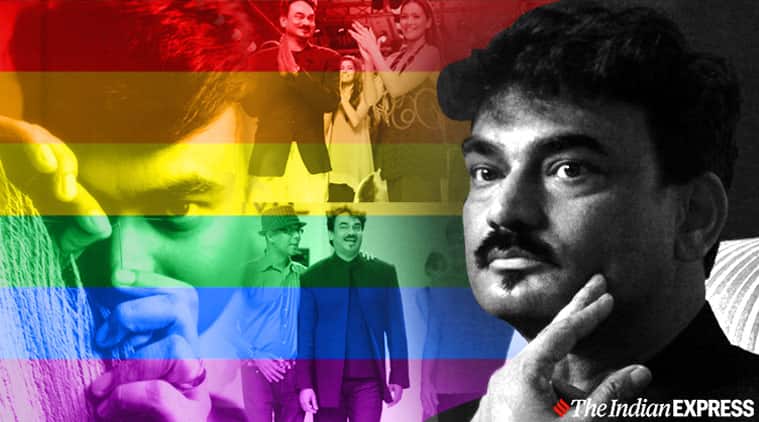 Close to two decades after Rodricks and Marrel exchanged vows, in September 2018, homosexuality was decriminalised by the Supreme Court of India.

The memory is fuzzy now, I am not even sure about the specifics, but I remember the feeling. In 2002, when the only form of queer expression I was familiar with was to discreetly sway to Devdas’s Dola re dola, the picture of two sherwani-clad men, signing a piece of paper, put me off. One of these men, Wendell Rodricks, with his well-groomed mustache and his genial smile, could be the office-going, lunchbox-carrying man sitting next to me in a rickety 12C/2 bus hurtling down Kolkata roads. He was getting married to another man, a foreigner, who looked more settled-in and genial than Wendell Rodricks himself. Today, I know Rodricks and his partner, Jerome Marrel signed a PACS or Pacte Civile de Solidarite, the French civil solidarity pact that offers legal status to same-sex couples in 2002.

He didn’t live up to, rather, satiate, my idea of a gay man. There was no whiff of danger here. Of hushed, unspoken encounters in darkened cinema halls. No George Michael-like peek of a hairy chest and the promise of a decadent life. Just everyday, common place domesticity, the sort you see in heterosexual unison. Somehow, the newspread on what could very well have been India’s first official gay couple, seemed more scandalous to me than anything else.

I remember poring over the pictures and telling myself that if they can be gay, anyone can be gay. In retrospect, I realise that it was a shallow and profound realisation at the same time. For the longest time, I couldn’t join the dots. For me, the act of making love to another man was of singular, consummate importance. And that act, I believed, lifted us from the banality of everyday existence. That’s all that being gay meant to me. There was no space for banal things in this world. No neatly-packed tiffin boxes, no bus ride to work, no man who looked like my next-door Kaku.

But can we all acknowledge that it was an incredible reality check for millions of queer men (and women). A reassurance that we had no bearings to process. Here was Rodricks telling us, if I can, you can. But we, as a society, were not prepared. We treated him like an anomaly, who was leading this strange life of domesticity in Goa. In the sandy, sun-soaked beaches of Goa, where anything can happen. We don’t need to stir up and take notice. We can crawl back to our dark closets of anonymity and lead our dual lives.

Close to two decades after Rodricks and Marrel exchanged vows, in September 2018, homosexuality was decriminalised by the Supreme Court of India. However, same-sex marriages are still not legally recognised in our country. In fact, even as the news of the untimely death of Wendell Rodricks broke late last night, another significant news was burning up my timeline. Over 150 well-placed corporate executives were being assaulted and blackmailed by a gang, who claimed they will out them to their respective spouses if they didn’t pay them the required amount.

Imagine the shame, the stigma of that dual existence.

Thank you Wendell Rodricks, for telling me that shame need not be the second name for queer existence.