Government has laid out red carpet for foreign capital, which is unreliable in long run 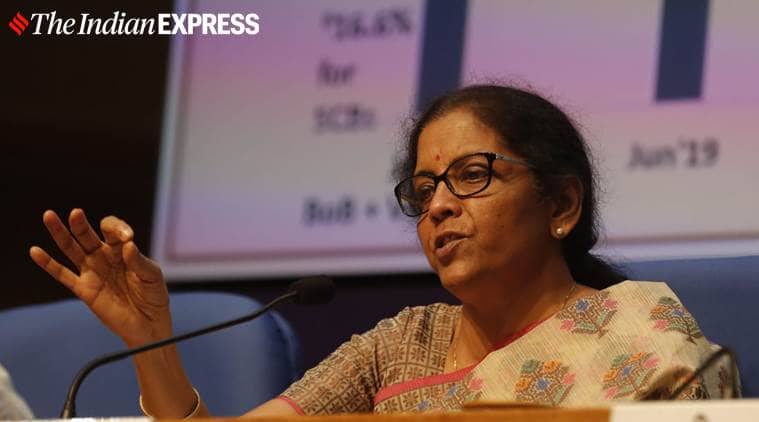 Presenting the budget 2019-20, Finance Minister Nirmala Sitharaman was eager to paint a rosy picture of the Indian economy. But within no time, this show of strength was proved hollow. It was only a matter of a few weeks before the government began to frantically come out with new experiments for strengthening the already strong economy. The latest announcement is the merger of 10 public sector banks to create four entities.

The government believes that big banks will now have enhanced credit capacity. This may be true to an extent. But, that alone will not save the economy. The stability of the banking system is also related to the capacity for recovery of loans. The government has boasted that it recovered Rs1,23,156 crore in the last financial year. But, this recovery rate is to be compared with the volume of bad loans — Rs 8,06,412 crore in March 2019.

Sitharaman was conspicuously silent about the huge amounts of money written off. Bank frauds grew by 84 per cent in the last financial year. A lion’s share of bad loans is attributed to the nexus between corporate houses, bank executives and political chieftains. The bigger the banks become, bigger is the risk of fraud. Mergers will only add to that risk. The experience of mergers, as it happened in the State Bank of India group, underline the futility of the exercise. It is ironic, that on the same day as the merger announcement, the government had to announce the lowest GDP growth in the last six years of 5 per cent for the first quarter of 2019-20.

It was unprecedented that during this period, the government had to arm-twist the RBI to transfer to it a record amount of Rs 1.76 lakh crore. Reportedly, the government nominee on the committee for reviewing the RBI’s economic capital framework had pleaded for Rs 54,255 crore more from the RBI reserve. It was turned down by the committee. The government nominee, who is also the Finance Secretary, tried to convince the members that the financial stability risk provisions be reduced to 3 per cent of the RBI balance sheet, whereas the “safe range” according to experts is between 4.5 to 5.5 per cent.

This shows that the government is so frantic that it is not concerned about the sustainability of even the RBI. Such kinds of policy clashes between the government and RBI had led to the resignation of former RBI Governor Urjit Patel and Deputy Governor Viral Acharya. The Modi government is not in a mood to pay attention to the basic principles of banking, according to which the stability of a bank is the cardinal concern for all its transactions.

The government’s claims of a strong and vibrant economy have been shattered to pieces. About a week ago, the finance minister announced new measures aimed at attaining financial stability and economic growth. It was as though she was presenting a new budget. The thrust of the proclamations was, of course, “ease of doing business”. In all the crucial sectors, rules and regulations were relaxed to suit the interests of capitalist greed.

The justification was that only private investments can bring development for the nation. When they talk about an investment-driven economy, again they eye foreign direct investment. All relaxations, concessions and red carpets are meant mainly for them. They are reluctant to learn lessons from the experience of various countries vis-a- vis unbridled foreign capital. Such countries had to mortgage all their national interests and political autonomy at the altar of foreign capital.

On July 28, the Cabinet further came out with new relaxations allowing 100 per cent FDI in coal mining and contract manufacturing, and 26 per cent in digital media. A vast world of unlimited profit is being offered to global barons.

It is well known that foreign capital is eager to enter Indian market in order to maximise profits. But, the moment they see a better playground, this capital will leave. The impact of unconditional dependence on foreign capital would be disastrous for the economy. We are not in a time of stability and growth. But, the government wants to hide the gravity of the crisis.

This article first appeared in the print edition on September 4, 2019 under the title ‘A Fickle Friend’. Viswam is Rajya Sabha MP from the Communist Party of India.