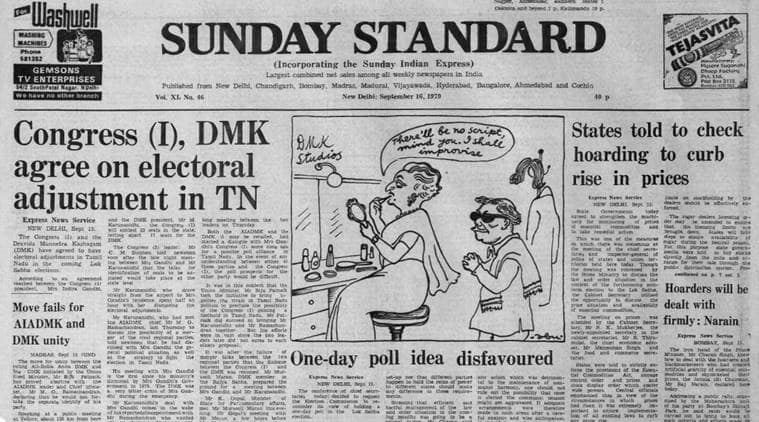 The conference of chief secretaries decided to request the Election Commission to reconsider its view of holding a one-day poll in the Lok Sabha election. This decision was taken by the conference, convened by the Home Ministry to finalise poll arrangements, since the overwhelming view of the states was it would not be possible to mobilise adequate manpower to ensure a single-day poll all over the country. Deputy PM, Y B Chavan, who inaugurated the conference, which was attended by inspectors-general of states, assured the states that maximum possible assistance would be given by the Centre.

The move for unity between the ruling AIADMK and DMK, initiated by the Union Steel Minister, Biju Patnaik, has proved abortive with the AIADMK leader and chief minister, M G Ramachandran, declaring that he would not forsake the separate identity of his party. Ramachandran said the name, flag and principles of the AIADMK would not be sacrificed. On his part, the DMK chief, M , said the AIADMK which broke away from the DMK in 1972, should return to the parent organisation. The unity move was initiated by George Fernandes, when he met MGR 10 days ago.

State governments agreed to strengthen the machinery for monitoring of prices of essential commodities and to take remedial action. This was one of the measures on which there was consensus at the meeting of the chief secretaries and IGPs of states and union territories, held in Delhi. States were told to enforce the provisions of the Essential Commodities Act, storage control order and prices and stock display order which confer wide powers. Central officials also emphasised that it was important to ensure implementation of all existing laws to curb any price rise.