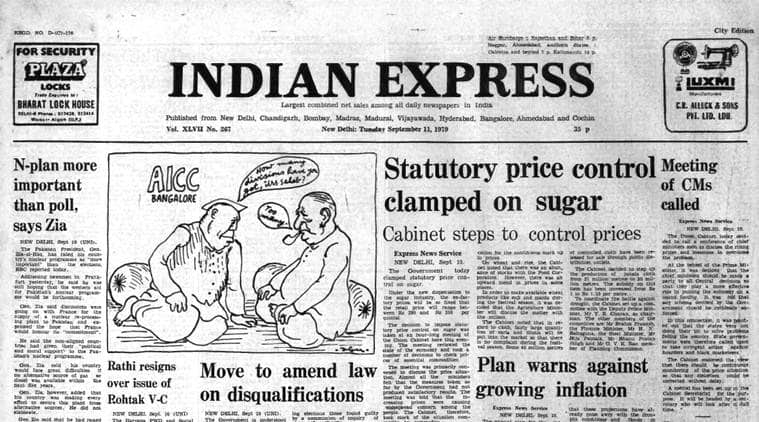 Mrs Indira Gandhi said she could not give any guarantee that censorship on the press would not be imposed again. Participating in a meet-the-press programme of the Bombay Union of Journalists, Mrs Gandhi said that all countries had some kind of censorship or the other. “How can I give a guarantee?” she said replying to a question. She admitted that some journalists were “punished unjustly” during Emergency, but added that during the last two-and-a-half years, “Former Information Minister, Advani, has put RSS men in most newspapers, All India Radio and Television”.

Recent intrusions by Tibetan graziers deep into Bhutanese territory have underlined the need for direct talks between Thimpu and Beijing. This was revealed by King Jigme Singye Wangchuk of Bhutan, in Bombay. He said he learnt from Indian officials in Havana that some armed Chinese were also seen alongwith the graziers. But that he could only confirm this fact after making inquiries in Thimpu. In a rare interview with two Indian journalists, the king discussed a host of issues, and dismissed as “utter nonsense” the suggestions that Bhutan was aspiring to have close relations with China at the expense of its ties with India.

The government has clamped statutory price control on sugar. Under the new dispensation to the sugar industry, the ex-factory prices will be so fixed that the retail price will range between Rs 290 and Rs 300 per quintal. The decision to impose statutory price control on sugrar was taken at an hour-long meeting of the Union Cabinet in New Delhi. The meeting reviewed the state of the economy and took decisions to check the prices of essential commodities. The meeting was primarily convened to discuss the price situation and almost all the ministers felt that the measures taken so far by the government had not produced satisfactory results.