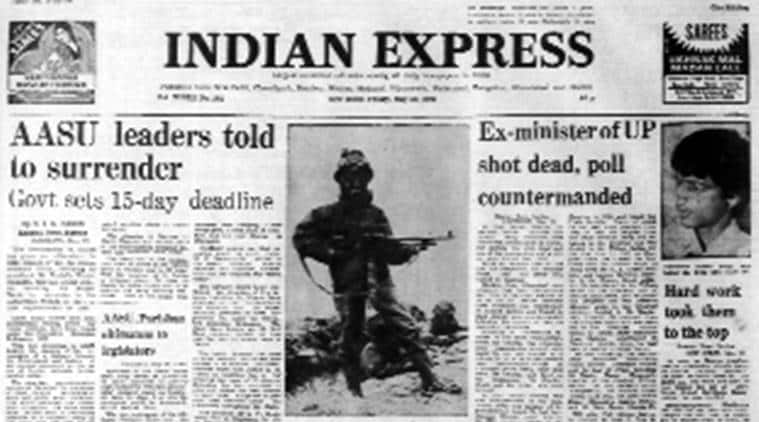 The government of Assam has given an ultimatum to nine leaders of the All-Assam Students Union including its president, Prafulla Kumar Mahanta, and the acting general secretary, Bharat Narah, to surrender to the authorities within 15 days or face imprisonment or fine. Three AASU leaders have gone underground evading arrest for which warrants have been issued under the Preventive Detention Ordinance, 1980. With this ultimatum to AASU leaders, the chances of the resumption of a dialogue between the government and leaders of the current movement on the issue of foreign nationals further receded today.

Curfew-bound Imphal, a town of 60,000 people, was deserted and tense. All the offices and bazars remained closed and the state transport did not operate but for a skeleton service to Kohima early morning. Para-military forces were put on post-and-patrol in the streets and localities. There was no official word on relaxation of the round-the- clock curfew, which was imposed at 4:30 p.m yesterday after tensions rose high in the capital over the death of a woman demonstrator who fell down from a police truck, which was crowded with women activists demanding the withdrawal of the army combing against insurgents in Manipur.

Udit Narain Sharma, 72-year-old former minister and Janata Party candidate from Jehanabad constituency in Fatehpur district, was shot dead and one of his companions and a driver were injured last night. While Sharma died on the spot, his companion, Shankar Singh, and the driver were rushed to the hospital. Election from Jehanabad constituency has been countermanded. This is the third election to be so put off. Earlier elections from Sikandara Rao constituency in Aligarh district and Patiali in Etah district were countermanded following the murder of two independent candidates.