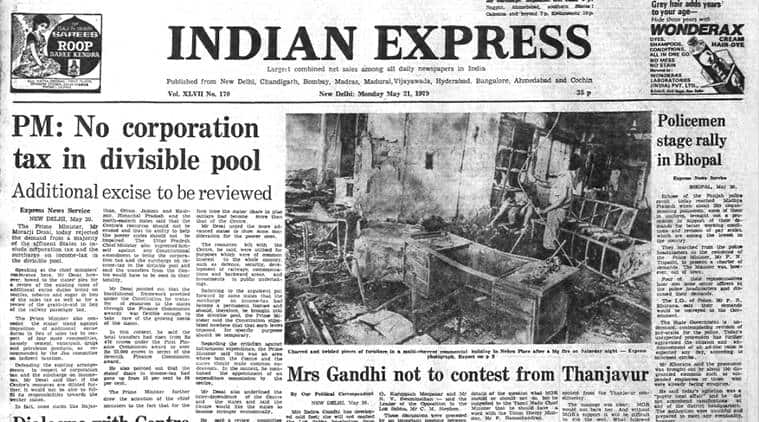 Prime Minister Morarji Desai rejected the demand from a majority of the affluent states to include corporation tax and the surcharge on income tax in the divisible pool. Speaking at the chief ministers’ conference in Delhi, Desai, however, bowed to the states’ plea for a review of the existing rates of additional excise duties levied on textiles, tobacco and sugar in lieu of the sales tax as well as for a review of the grant-in-aid in lieu of the railway passenger tax. The PM also conceded the states’ stand against imposition of additional excise duties in lieu of sales tax in respect of four more commodities, namely cement, vanaspati, drugs and petroleum products, as recommended by the Jha committee on indirect taxation. Desai said if the Centre’s resources are diluted further, it would not be able to fulfil its responsibilities towards the weaker states.

West Bengal Chief Minister Jyoti Basu suggested that the dialogue on the state governments’ demand for a share in the proceeds of corporation tax and surcharge on income tax should continue despite the rejection by the PM of their viewpoint. Basu regretted that Morarji Desai, who had been the finance minister when many of the decisions were taken now being objected to by the states had been taken during the one-party Congress regime, was viewing the problem subjectively and as a personal matter. He urged the PM to take an objective view.

TN not for Indira

Indira Gandhi will not contest the Lok Sabha by-election from the Thanjavur constituency in Tamil Nadu. The Congress-I president was all set for filing her nomination papers. What was needed was a fair assurance from the Tamil Nadu Chief Minister, M G Ramachandran, that with Anna DMK support she will win the seat. MGR’s reluctance to give the assurance about her victory ultimately made her change her mind.