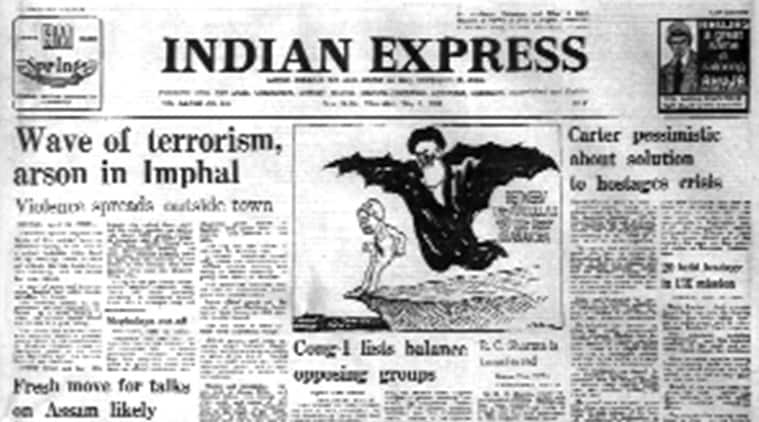 Violence spread beyond the limits of Imphal as arsonists trying to set fire to a school building were fired on by security forces at Patsoi village, six kilometres from the city. But the building was razed. A wave of arson and terrorism swept Imphal last night despite patrolling by troops. The situation showed no improvement and the authorities extended by 16 hours, without a break, the 48-hour curfew which was to end at 4 pm on April 30. The curfew was extended following alarming reports of gunmen moving about in the predominantly Nepalese inhabited village of Sagolmang, about 25 km from the city and the burning there of 400 dwellings.

President Jimmy Carter, in a solemn report to his country, said the American hostages will be released from Iran only if Ayatollah Khomeini, the Revolutionary Council and the militants agree unanimously to let them go — a task he all but called impossible. “We cannot deal with inhumane people who have no respect for international law, who violate the tenets of their own religion and then persecute innocent people who are American citizens and deprive them of their freedom for six months,” Carter said during a nationally broadcast news conference.

The Supreme Court has held that the rule providing for handcuffing of undertrials while they are being taken to court is violative of the fundamental rights guaranteed the Constitution. “Armed escorts, worth the salt, can overpower any unarmed undertrial and extra guards can make up for exceptional needs. In very special situations, we do not rule out application of irons,” Justice Krishna Iyer and Justice Chinnappa Reddy said on a habeas corpus petition filed by Prem Shankar Shukla, an undertrial in the Tihar jail in Delhi.