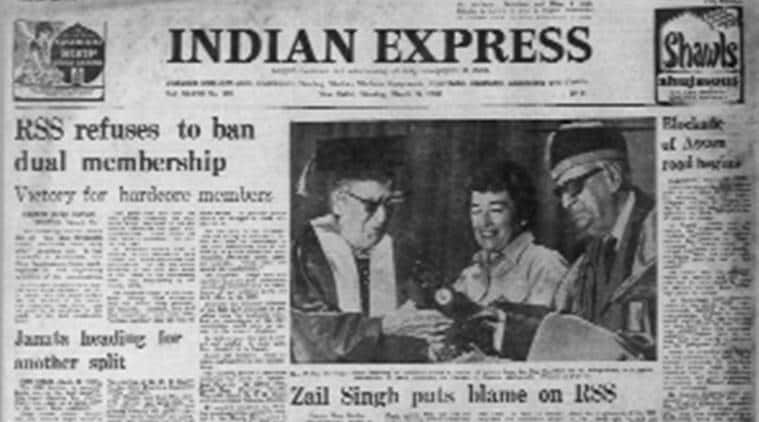 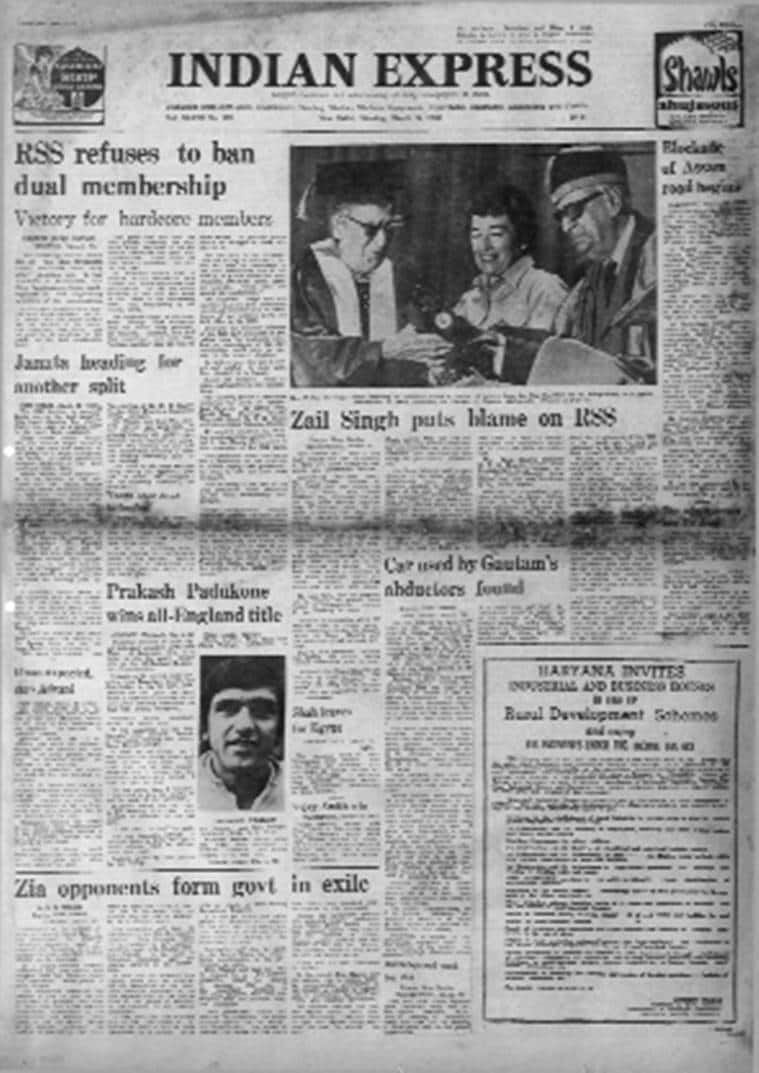 Prakash Padukone upset defending champion Liem Swie King of Indonesia 15-3, 15-10 to win the men’s singles title at the All-England Badminton Championship. Prakash, a 24-year-old bank executive from Bangalore, is the first Indian to win the title.

The Centre will hold a full-scale inquiry into “the infiltration by the RSS and other disruptive elements into government services”, Union Home Minister Zail Singh announced. He also announced that the nine state assemblies that were dissolved by the Centre are likely to go to the polls together.

The three-day crucial meet of the RSS concluded in Nagpur after deciding not to bar MPs and MLAs from participating in day-to-day activities of the organisation. In a cryptic 67-word press note, RSS office secretary K N Gorey said the sabha endorsed the decision of the executive committee that there is no need to do anything about the dual membership issue. The note said RSS general secretary Rajendra Singh explained to the executive committee the spirit behind his statement made in July last year. Singh had offered to consider barring legislators from participation in day-to-day activities of the RSS, shortly after a discussion with Janata Party president Chandra Shekhar in the wake of the dual membership controversy.

The RSS decision to maintain the status quo on the dual membership issue, plaguing the Janata Party, has come as a real blow to the party high command. Party leaders feared that the decision will cause a split in whatever remains of the party as it might strengthen the hands of those demanding a complete de-linking of the Janata with the RSS. Senior leaders were disappointed as they had expected that the RSS will honour its assurance that a way will be found to get over the problem.