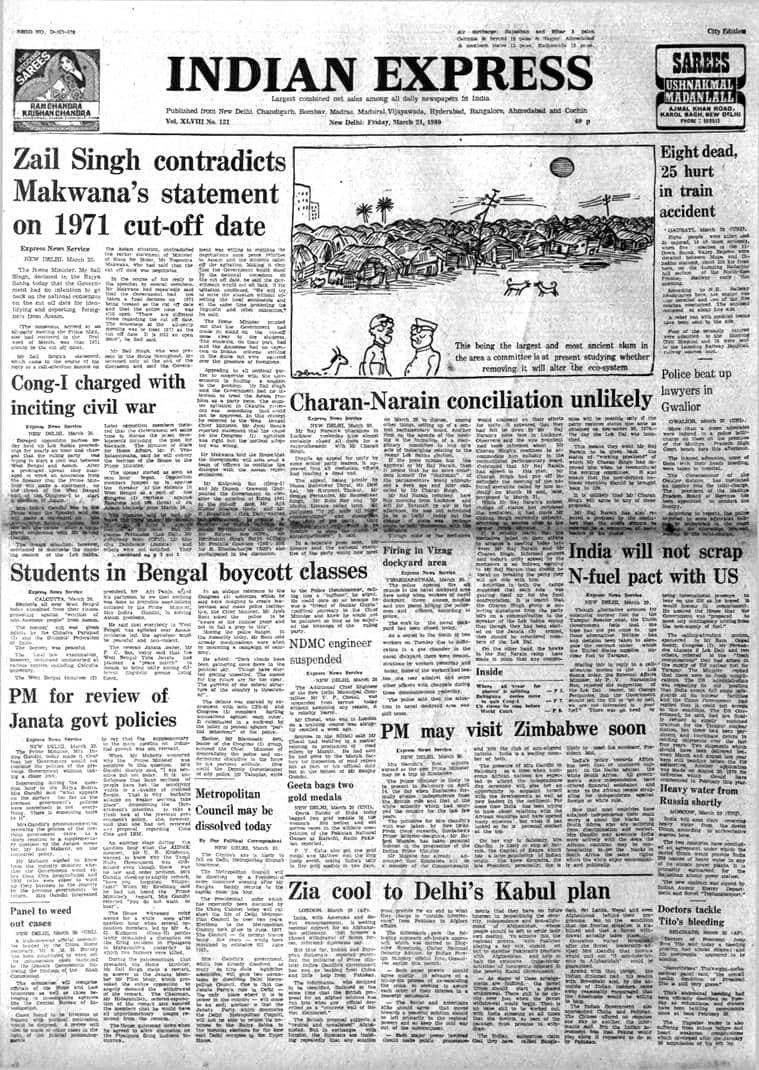 Home minister Zail Singh declared in the Rajya Sabha that the government had no intention to go back on the national consensus on the cut-off date for identifying and deporting foreigners from Assam. The consensus, arrived at an all-party meeting the prime minister had convened in the first week of March, was that 1971 should be the cut-off date. Singh’s statement contradicted the earlier statement of minister of state for home, Yogendra Makwana, who had said that the date was negotiable.

Students all over West Bengal abstained from their classes protesting against “eviction of non-Assamese people” from Assam. The boycott was held jointly by the Chhatra Parishad (I) and the Students’ Federation of India. The boycott was peaceful. The final law examination, however, continued undisturbed at various centres including Calcutta University. The West Bengal Congress (I) president, Ajit Panja, urged his partymen to see that nothing was done to prejudice negotiations initiated by the Prime Minister Indira Gandhi, in solving Assam problems. He said that everybody in West Bengal was agitated over Assam incidents but the agitation must be peaceful. Janata leader P C Sen said that the West Bengal Yuba Janata has planned a “peace march” to Assam to bring unity among different linguistic groups.

Though alternative avenues for obtaining nuclear fuel for the Tarapur Reactor exist, the Union government feels that the time has not yet come to use those alternatives. Neither has any decision been taken to abrogate the contract under which the US supplies nuclear fuel to Tarapur. External Affairs Minister P V Narasimha Rao rejected the suggestion of the Lok Dal leader George Fernandes in Parliament that the government should tell the US to “go to hell, we are not interested in your fuel”.