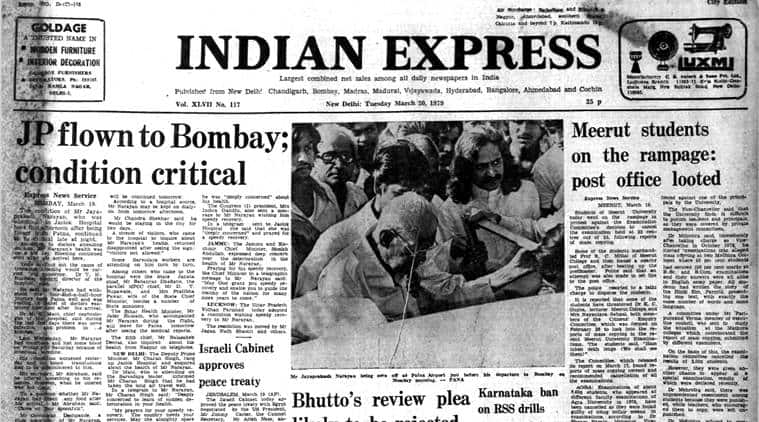 The Karnataka cabinet decided in principle to ban RSS drills and use of weapons in public places but deferred decision on imposing penalty on those violating the ban order. The chief minister, Devaraj Urs, is understood to have referred this question to a two-man committee comprising the law minister, Havanur, and the education minister, Subbayya Shetty. The decision which is on the lines of the Kerala order, is said to be unanimous. Karnataka becomes the third state, after UP and Kerala, to impose such a ban. The cabinet took this step “following complaints from the industries minister, Aziz Sait, besides legislators, members of the minority communities and secular-minded Hindus,” said the Cabinet paper.

The Minister of State for Home Affairs, Dhanik Lal Mandal, told the Lok Sabha that political reasons were behind the recent influx of illegal immigrants from Bangladesh into Assam and its neighbouring states. The Moga and Chakma tribals, who entered Tripura and Mizoram clandestinely last year, had done so with the knowledge of the Bangladesh government, he said. Mandal said that last year about 4,000 tribals, predominantly Mogas and Chakmas, had entered Tripura clandestinely in small batches.

The admission by the government that there had been mass raping of nurses in Basti, Uttar Pradesh, rocked both Houses of the state legislature. In the Vidhan Parishad, members pressed for the immediate suspension of the district officials and a formation of a committee of the House to probe the incident. In the Vidhan Parishad, the leader of the House, Ramadhar Pandey, minister for local self-government, informed the agitated members that the head constable, matron and the watchman of the nurses training hostel of Basti had been suspended and the victims of the rape, had been transferred from Basti as they did not want to stay there.