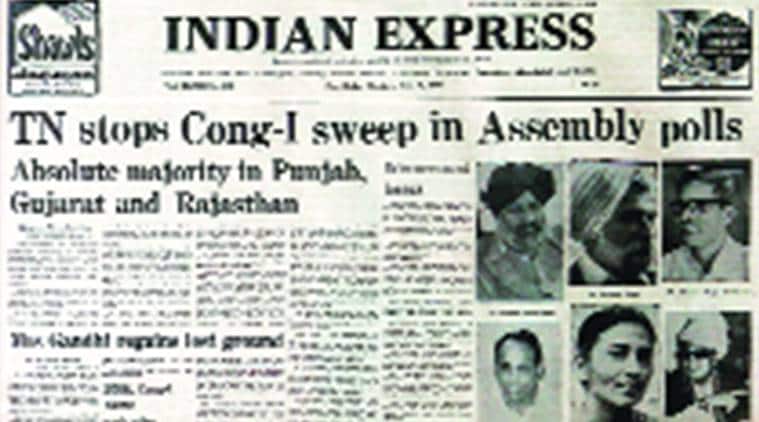 “These parties being inimical to the Assam movement, it was a foregone conclusion that they would only toe the government line in toto”, the statement said.

The All-Assam Gana Sangram Parishad said it was rejecting the appeal to end the current agitation in Assam as yesterday’s New Delhi conference sponsored by Mrs Gandhi lacked the involvement of the country’s main opposition parties. The Parishad convener, Jatin Goswami, said in a statement in Gauhati that the so-called all party conference to evolve a consensus on the foreigners’ issue was attended only by left parties which had no relevance to the state’s affairs. “These parties being inimical to the Assam movement, it was a foregone conclusion that they would only toe the government line in toto”, the statement said.

The Congress (I) got absolute majority in Punjab, Rajasthan and Gujarat but fared badly in Tamil Nadu where the AIADMK and its allies secured absolute majority. In Uttar Pradesh, it had got 111 seats filled till 11pm. In Orissa, it had got 48 out of the 61 declared and in Maharashtra, it had secured 83 out of the 128 results available till 11 pm. In Bihar too, the Congress (I) was leading in nearly 100 constituencies late tonight. But in Tamil Nadu, the Congress (I) and its alliance partner, the DMK, had scraped together only 59 seats till 11:15 pm — against 111 by the AIADMK, and 10 each by the CPI and the CPM, the AIADMK’s allies.

The Congress (I) needs only five more seats to win absolute majority in Uttar Pradesh with 153 results to come. Out of 368 results available so far, the Congress (I) has won 206 seats, followed by the Lok Dal with 31 seats, the BJP, Congress and the Communist party five each, the Janata (S) four, the Janata party one, and Independents 11. The ruling party, while keeping its hold over the assembly segments in which it had won during the last parliamentary election intact in the central and eastern regions, has stormed into the western citadel of the Lok Dal leader, Charan Singh.