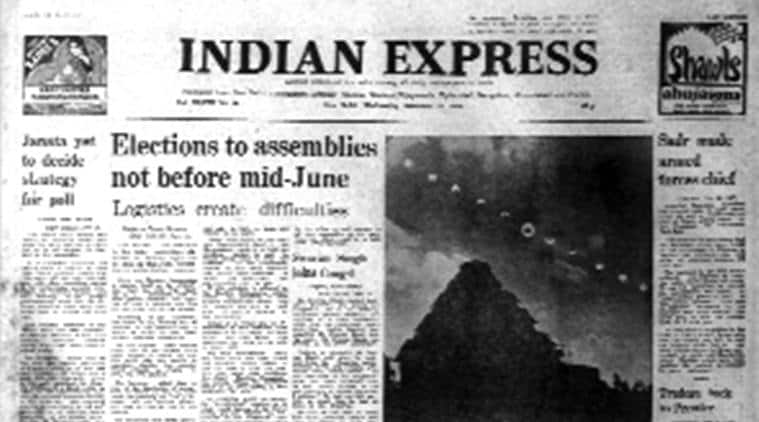 The female panther, Sundri, disappeared from the Udaipur zoo seven weeks ago but the controversy she left behind rages on. The point at issue is whether an animal like Sundri can jump over a 20 feet-high zoo fence.

The earliest the elections to the nine assemblies dissolved on Sunday can be held is in mid-June, according to authoritative sources. While the Election Commission is gearing itself up for conducting what the poll body chief S L Shakdhar calls “a mini general election’’, the logistics of such a massive task rule out any shortcut to the process. According to Shakdhar, two-thirds of the country will be involved in the elections and it would be unfair to hold them without adequate preparation. He told Express News Service that he had ordered summary revision of voters’ list and this would take two months to complete. Another four months would normally be needed to have the lists printed.

Ayatollah Khomeini was reported to have transferred his post as commander-in-chief of Iran’s armed forces to President Bani-Sadr. The move stirred speculation that Bani-Sadr might move troops to the US embassy in Teheran to replace the militants who took some 50 Americans hostages 108 days ago. The increase in Bani-Sadr’s authority was reported by Teheran radio, which quoted the ailing Ayatollah as stating the appointment was aimed at “consolidating power in Iran at this critical moment”.

The female panther, Sundri, disappeared from the Udaipur zoo seven weeks ago but the controversy she left behind rages on. The point at issue is whether an animal like Sundri can jump over a 20 feet-high zoo fence. In December, the Rajasthan forest department had stated that Sundri had leapt to her freedom after cutting loose the wire mesh atop the fence. The news brought naturalists to the site. Sundri could not have cut the wire mesh since she had lost two of her canine teeth before her capture, they concluded. The zoo authorities had to eat their words: The mesh, they said, had been cut by some miscreants to enable Sundri to escape.