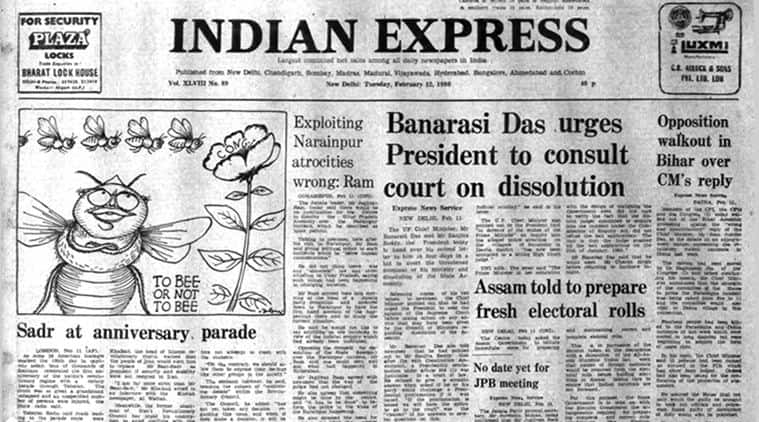 The Centre asked the Assam government to initiate immediate steps for preparing and maintaining correct and complete electoral rolls.

The Centre asked the Assam government to initiate immediate steps for preparing and maintaining correct and complete electoral rolls. This is in pursuance of the decision taken at the discussions with a delegation of the All Assam Students Union last week that names of foreign nationals would be removed from the electoral rolls before holding elections in Assam, taking care to ensure that Indian nationals are not harassed.

A two-man official team from India will be in the UAE capital next week to discuss with the government of that country the problems thousands of Indians are facing as a result of its decision to implement its labour law. If the UAE Government goes ahead with its plan to implement the law strictly, thousands of Indians residing there — most of them Keralites — will have to return to their homeland en masse. The deadline for the departure of illegal residents is February 21.

As some 50 American hostages marked the 100th day in captivity, tens of thousands of Iranians celebrated the first anniversary of the nation’s revolutionary regime with a parade through Teheran. The crush was so great that a grandstand collapsed and an unspecified number of persons were injured. Teheran Radio said roads leading to the parade route were filled with people as far as the eye could see.

While no hard agenda has been drawn up for the talks that Soviet Foreign Minister Andrei Gromyko is to have with the Indian government in Delhi during the next two days, the Afghanistan question and the situation in the region are bound to be discussed by the two sides at length. Gromyko’s is the first visit by a ranking Soviet dignitary to a country in this region after the Soviet military intervention in Afghanistan.