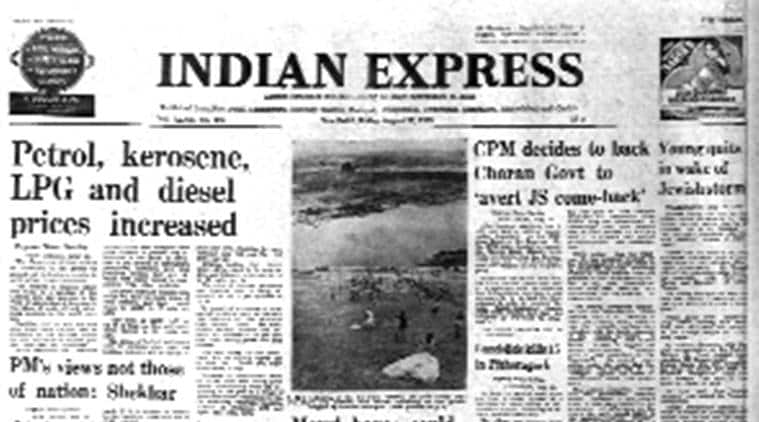 The government has ordered increases in the prices of almost all petroleum products. The decision to increase prices was taken at a meeting of the cabinet this morning in the wake of unprecedented increases in the prices of crude oil and petroleum products in the world market. Naphtha, fuel oil and low sulphur heavy stock (LSHS), used as feedstock for the fertiliser industry, and lubricants of various grades, have been left untouched. While feedstocks for the fertiliser industry have been exempted from price increase to prevent any escalations in the prices of fertilisers in the interest of agricultural production, lubricants have been protected because they are already very highly priced in comparison with other products.

After repeated assertions that it will not back a political combination dependent on the RSS-Jana Sangh or the Congress (I), the CPM decided to support the Charan Singh ministry even while recognising that the government has not “yet freed itself” from the support of Indira Gandhi’s party. Explaining the party’s volte face, the CPM central committee said in a statement after its two-day-long deliberations in Delhi that it was necessary for it to back the government in order to prevent “the Jana Sangh-dominated Janata Party from coming back.”

Janata leader Nanaji Deshmukh has told the prime minister that by raising certain questions and highlighting the inconsistencies in his (Charan Singh’s) views about Morarji Desai, H N Bahuguna, Indira Gandhi and on other matters, he was only doing “national duty”. In a letter to Singh, Deshmukh refuted the charge that he was travelling all over the country abusing him. He reminded Singh about the grave charges of corruption levelled by the latter against H N Bahuguna when both were members of Desai’s government.