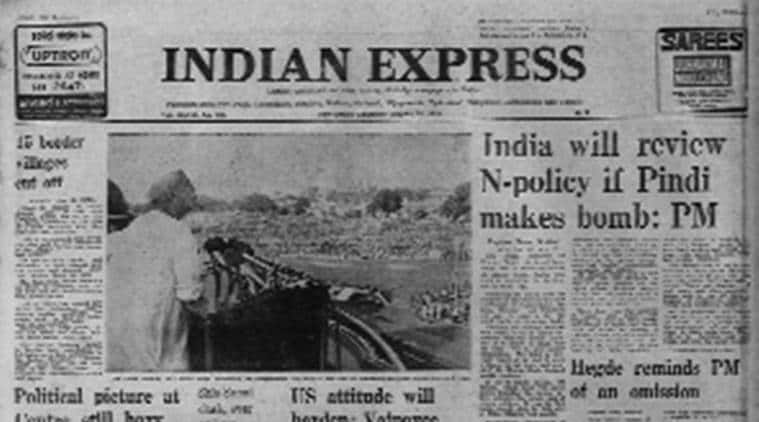 Prime Minister Charan Singh declared in New Delhi that if Pakistan makes an atomic bomb, India will have to reconsider its decision not to make one. Addressing the nation from the ramparts of Red Fort on the 32nd anniversary of Independence, the prime minister said Pakistan’s sole aim in going in for the bomb was to use it against India. “Pakistan has friendly relations with China, it has no serious differences with the Soviet Union and it is absurd to think that the bomb will be used against Afghanistan. The bomb is obviously aimed at us and it poses a danger to our peace and security,” Singh declared. In his 21-minute speech, Singh dealt with issues ranging from foreign policy, economy, the people and, of course, politics. It was his first major speech since he took over as Prime Minister last month.

The India-Bangladesh border in West Bengal was quiet today after the threatened long march to Pakistan by non-Bengali Muslims flopped. But the vigil mounted by BSF continued without any let-up. Official sources said border officials were in constant touch with Bangladesh Rifles to ascertain the movement of the refugees since they had made no formal announcement to abandon the march. Reports from across the border had indicated that they might attempt to revive their march again on August 25 after Eid.

Security forces chanced upon a hide-out of the banned Mizo National Front rebels in north western Mizoram near the Cachar boundary and captured a large number of rebels with arms and ammunition following an encounter.