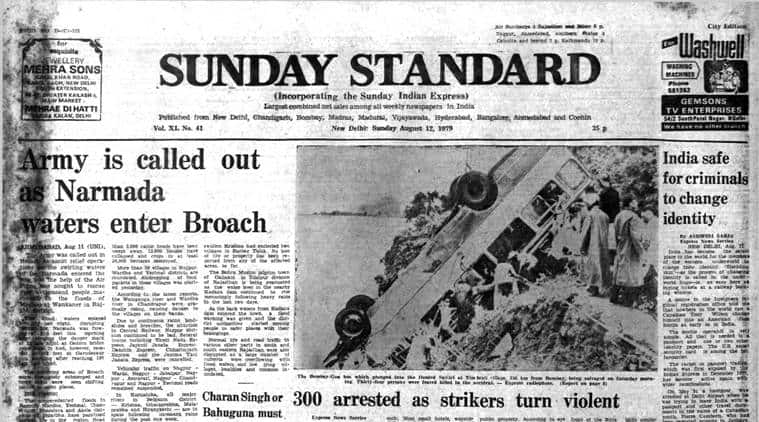 Violence in several parts of the city, resulting in the arrest of around 300 persons, marred the strike called in Delhi by all the central trade unions. Industrial units, as well as buses, shops and hotels were stoned by groups of striking industrial workers. The bandh, called to express solidarity with the striking textile workers and to demand an increase in the minimum wage laid down by the Delhi administration, was only partially successful. Essential services such as water supply, electricity and milk were unaffected. However, these workers had in any case been exempted from the “bandh” call given by the trade unions.

The army was called out in Broach to assist relief operations as the swirling waters of the Narmada entered the city and the help of the Air Force was sought to rescue over a thousand people marooned in the floods at Wankaner in Rajkot district in Gujarat. The flood waters entered the city last night, disrupting normal life. Narmada was flowing at 31.5 feet this morning after crossing the danger mark of 22 last night at Golden bridge near Ahmedabad. The low-lying areas of Broach were completely submerged.

India has become the safest place in the world for the members of the western underworld to change their identity. ‘‘Shedding skin” — as the process of changing identity is called in the underworld lingo — is as easy here as buying tickets at a railway booking window. A source in the foreigners regional registration office said that nowhere in the world can a Canadian Tony Wilson change himself into an American Jack Smith as early as in India. The modus operandi is simple. All that is needed is a passport and one or two other identity papers. The US social security card is among the hot favourites. The racket in passport trading, which was first exposed by The Indian Express in December 1975, has become active again with wider ramifications.

Courteney Cox on Friends reunion special: We're going to have the best time