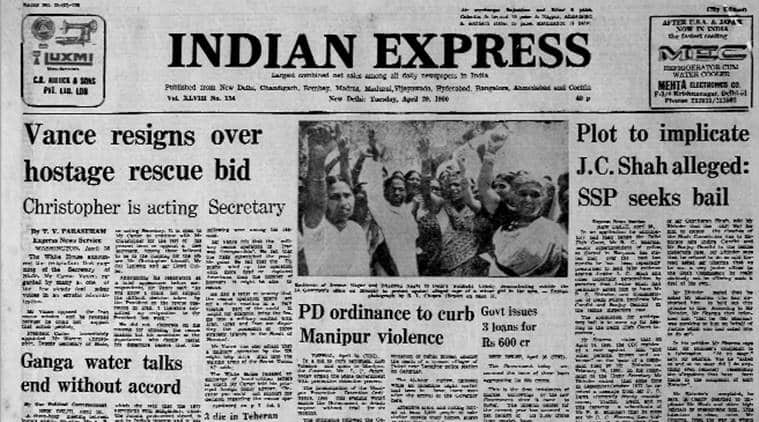 A three-hour meeting between India’s energy minister, A B A Ghani Khan Chowdhury, and the Bangladesh deputy prime minister, Jamaluddin Ahmed, in Delhi failed to break the deadlock gripping the deliberations of the Joint Rivers Commission over the Ganga waters. Officials of the two countries have also spent several hours in discussions but could not come to an agreement on a draft by which the commission should admit its failure and remit the issue back to the two governments to resolve. The only positive aspect of the this meeting of the JRC was the promise that it will meet again in Dacca sometime in June.

After the year-old campaign dust and noise settles in the Himalayan kingdom, over 13 million Nepalese will anxiously wait to see whether the 7.2 million of their countrymen with voting rights retain the partyless panchayat system or reject it in favour of multi-party parliamentary democracy that they lost in 1960. The country’s first national referendum, promised by King Birendra a year ago in the wake of an unprecedented popular upsurge against the closed partyless panchayat government, will be held on May 2. The outcome of the referendum will, however, be known only after a week.

In an application for anticipatory bail filed before the Delhi High Court, R C Sharma, senior superintendent of police, at Kamal in Haryana, has stated that over the past two months he has been repeatedly pressurised to lead false evidence against Justice J C Shah (who headed the commission to look into Emergency excesses) and other important personalities, by swearing that Justice Shah had personally asked him to have P S Bhinder — now commissioner of Delhi Police — implicate Indira Gandhi and Sanjay Gandhi in the textile inspectors case. The application for anticipatory ball is to come up in the Delhi High Court.