Fifth column: No rule of law, no democracy 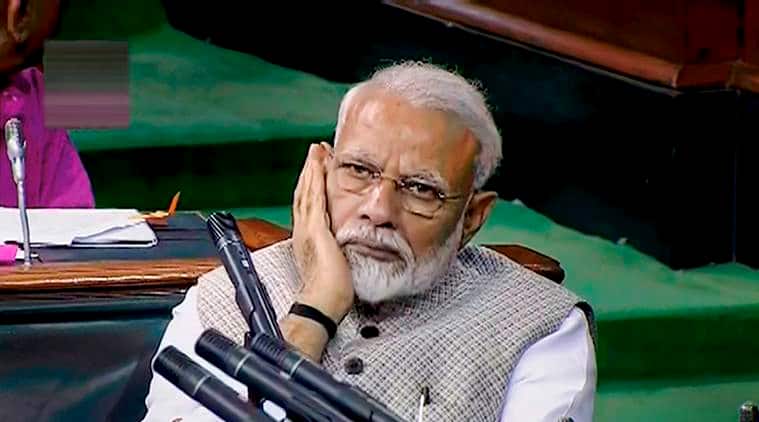 From Indore last week came pictures of the son of a senior BJP leader using a bat to attack officials on government duty. From a village in Jharkhand came a video of the latest lynching. Tabrez Ansari was tied to a pole and, while being beaten with sticks by a mob, ordered to repeat ‘Jai Shri Ram’ and ‘Jai Hanuman’. The video of his terrified face was too awful to watch, but went viral on social media as did the news that the local police, instead of taking him to hospital, locked him up. It took him four days to die. And in his last days his family was not allowed to meet him.

In Mumbai a Muslim taxi driver, Faizal Usman Khan, was beaten by a Hindu mob, who ordered him to say ‘Jai Shri Ram’ as they beat him. He later told reporters that his cab stalled and, while he was trying to fix it, some men came by on a scooter and started beating him for what he thought was no reason till they ordered him to say ‘Jai Shri Ram’, till he became unconscious.

In Kolkata, a Muslim teacher, Hafiz Mohammed Shahrukh Halder, was thrown off a train because he refused to say ‘Jai Shri Ram’. He sustained severe injuries but lived. He told reporters that his attackers had first mocked him for his clothes and his Islamic beard and then ordered him to chant ‘Jai Shri Ram’.

In Kasganj, Uttar Pradesh, a policeman was threatened by a local BJP legislator because he arrested his friends for rowdyism. The MLA warned him that he had the power to have him transferred.

In Parliament, meanwhile, the Prime Minister made two fine speeches in which he painted a glowing picture of the ‘new’ India he promises he will build. A prosperous, powerful, secure India in which every citizen will be treated equally. In his speech in the Rajya Sabha, he mentioned Tabrez Ansari. He was saddened, he said, by the death of this youth and hoped that those responsible would be given the severest punishment. He denounced violence in general and said nobody had the right to break the law, whether in Jharkhand, West Bengal or anywhere else.

As I listened, I found myself wishing that the Prime Minister had put more emphasis on the significance of the rule of law for the survival of democracy. I found myself wishing that he had pointed out that without the rule of law there can be no democracy. If he had said something like this, it is possible that his message would have been clearer to his partymen and to the killer mobs who now defile Ram himself with their craven brutality. It is no longer about cows. It is about the rule of the mob.

No excuse is needed for violence. In the case of Akash Vijayvargiya, an MLA in his own right, when asked why he was beating up the officials in Indore, he defended himself proudly. On camera he announced that it was his policy to first make a polite request and, when this was refused, he did not think it wrong to use violence.

He was arrested for attacking the officials. But, has so far not been sacked from the BJP. What signal does this send?

Let me answer my own question. The signal this sends is that taking the law into your hands is kind of acceptable in the eyes of those who the Prime Minister has made responsible for laying the building blocks of the ‘new’ India. It is not even about Hindus attacking Muslims any more because once mob rule becomes acceptable, it becomes the norm. In Patna last week, when a drunken driver (Hindu) ran over children sleeping on a pavement, he was not caught and handed to the police but killed on the spot by a mob.

In India the wheels of justice turn slowly. Sometimes they do not turn at all. If the victim is poor and helpless and the culprit rich and powerful, justice is unattainable in many cases. So a degree of rough justice has always existed. But, in the past few years, cow vigilantism has given a whole new facet to rule by the mob. The vigilantes have mostly got away with what they did. Inevitably, now that Narendra Modi’s mandate is bigger than the one that he got last time, many of his supporters see it is as sanction for them to carry on with their violent activities.

After making his first speech to his newly elected MPs in Parliament’s Central Hall, the Prime Minister bowed his head before the Constitution as if it were a sacred text. This wonderful gesture will soon seem meaningless unless mob rule is brought to a swift end. A good first step would be to expel Akash Vijayvargiya.