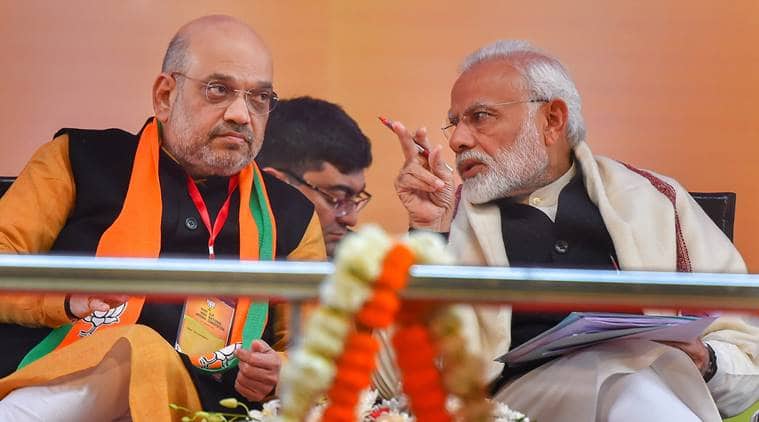 No political party or leader has come out of the Maharashtra mess looking good. But, nobody has come out looking as damaged as the BJP. It chose to perch on a pedestal as a shining star of morality and ideological righteousness. And, now looks just like any other grubby old political party. Its behaviour in the Maharashtra ‘tamasha’ was disgraceful and puzzling. What possessed it to try and grab power in such an underhand and squalid fashion? Personally, I have found it hardest to understand the role the Prime Minister played. He has spent five years using his monologues on Mann Ki Baat to project himself as a highly moral leader, so should he have risked everything by being party to the machinations that took place under the cover of darkness? Equally puzzling is why, as someone who sees himself as a crusader against corruption in public life, he chose to ally with a leader who has serious corruption charges against him. And, one whose limited credibility as a political leader in Maharashtra is derived entirely from the reflected power of his uncle.

Modi’s closest confidant Amit Shah has tried aggressively to portray the BJP as the victim of the plot. On national television he took the stand that the mandate was for a BJP government and that it was the Shiv Sena that was the betrayer of this mandate.

In his usual bullying, bumptious style he declared at the Republic TV’s annual conclave that ‘the people’ understood exactly what had happened and would never forgive the Shiv Sena even if the media was trying to paper over its treacherous role.

Not true, Mr Home Minister. Not true at all. If you could mingle among ‘the people’ you would soon discover how disturbed they are by the midnight plotting that led to the sudden installation of Devendra Fadnavis as chief minister, with Ajit Pawar as his deputy. It was an illegal move and these gentlemen were ousted so soon that ‘the people’ are making jokes and memes about Fadnavis being the Ganpati that comes home for just a day-and-a-half during Mumbai’s famous Ganesh festival. When political leaders become the butt of jokes you can be sure that they will face a longish period of ignominy.

It is unfortunate for the Prime Minister that the stain of ignominy has spread beyond the borders of Maharashtra and ‘the people’ are beginning to ask if Modi is the great moral leader they thought he was or whether they misjudged him completely. Questions started to be asked a while ago when immoral political deals were struck in Goa and Karnataka, but when this sort of thing happens in a big, important state like Maharashtra, the consequences are more serious. The Home Minister has said proudly in defence of the BJP that it has not needed to lock its MLAs up in hotels and this he believes is proof that the BJP is still morally above other political parties. This has not stopped ugly rumours from spreading about horse trading.

Amit Shah is famous for his organisational skills. He is rightly credited with having built the BJP into a formidable election machine. What he seems not to have noticed is that the main reason for the BJP having won the Lok Sabha elections twice was because Modi’s personal image was of a sincere, honest leader whose only motivation for being in public life was to make India a better country. It is this image that has now taken a serious beating.

It is hard to say what Modi can do now to try and bring back some lustre to his public image, but one way would be for him to be seen once more as the real face of the BJP.

So my humble advice to the Prime Minister is that it is time that he is seen once more as the real face of the BJP. It is time for him to remind people why they have voted for him a second time. Time for him to remember that it was not the BJP that won a full majority twice. He did and he alone.

Boundary With China Not Demarcated, Under Negotiation, Says Bhutan

WHO Acknowledges "Emerging Evidence" Of Airborne Spread Of Coronavirus