Last month, we saw the goodness of Delhi’s denizens when a family member travelling in a taxi early morning survived a life-threatening accident.

In a city going through a rough patch, there are moments when the innate decency and goodness of Delhi’s residents bring hope. Last month, we saw the goodness of Delhi’s denizens when a family member travelling in a taxi early morning survived a life-threatening accident. A large dumper truck on Lodhi Road smashing into the taxi at a high speed.

In the early hours of the morning, traffic signals have yellow blinking lights which means you are to look first and then drive, but the dumper truck driver chose to speed, neither looking nor caring for the taxi mid-way through the crossing and failed apply his brakes in time. Though the taxi was completely crushed on the left side, the driver and passenger escaped miraculously with some injuries.

The sound and sight of this crash and accident alerted two passing vehicles, which stopped. Two young men on the way home and the third young man in transit first extricated the driver of the taxi, stopped the truck driver’s sly attempt to escape from the spot, immediately called the police and then split forces to take both driver and passenger to nearby hospitals. Two lives were saved that morning by these three good souls taking their duties as citizens responsibly.

In Save Life Foundation (2016), the Supreme Court had issued binding guidelines for protecting good samaritans and providing legal protection for those bystanders who help victims of traffic accidents by reporting accidents and rushing the injured to hospitals. Most police forces including the Delhi Police have willingly accepted and are implementing these norms, as have most hospitals. As a lawyer, one tends to be cynical and cautious. Though I was involved in the Save life petition at the start, I have often wondered how effective it has been. But that morning, I was taught once again that “Dilli dilwalon ki hai”.

That stressful morning held yet another wonderful revelation. Rushed to the emergency ward of Moolchand Hospital in South Delhi in no time, our patient was looked at, treated for his bruises, injected with pain killers even before we reached. A top-class team of doctors and paramedics rushed him for a CT Scan and X-ray as there were suspected internal injuries in the body, chest and head.

Once the tests were done and an efficient team of doctors and specialists on duty had the patient stabilised, we thought of shifting elsewhere as the advice was to keep him admitted for observation for a few days. As we approached the cashier at the emergency for the bill, we were told, “Don’t worry sir, this is a DAK case”. Perplexed at this early morning reference to traditional DAK (postal services), the penny dropped when he clarified that he was referring to the Delhi Arogya Kosh (DAK) scheme of the Delhi administration. It provides free medical care to patients of accidents and trauma, including immediate high-end diagnostic techniques such as CT Scans and medication provided you are a resident of Delhi.

For hundreds of road accidents victims in Delhi, the DAK scheme is a life saver for those with serious injuries. Quality medical aid in the golden hour is often the difference between life and death.

The Supreme Court in 1989 in Pt. Parmanand Katara’s case had directed that emergency medical care is a fundamental right. Yet rights are only as good as governments make them. The effective implementation of universal and free of cost emergency healthcare secures this valuable right. The DAK scheme is the new game changer in trauma care and healthcare and has finally implemented the 1989 Supreme Court verdict. 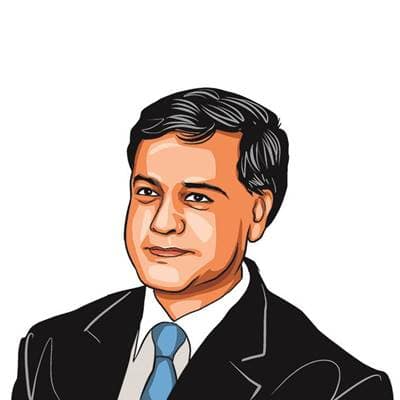 On Eid, Arpita Shared This Adorable Pic Of Grandparents And Grandkids