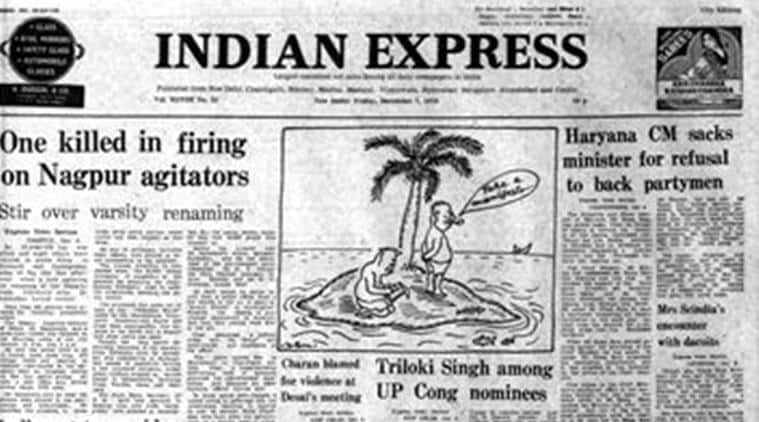 Though the UP power engineers called off their strike last night, they did not turn up for duty.

An 18-year-old boy was killed and eight others injured in police firing in Sitaburdi and Gaddigodam areas of Nagpur when a mob agitating for the renaming of Marathwada University after B R Ambedkar turned violent. More than 500 persons were arrested for violating prohibitory orders. The deputy inspector-general of police, Rangaraju, said the police had to fire 12 rounds and burst more than 200 teargas shells, and resorted to repeated cane-charge as the agitators went on a rampage.

In a desperate pre-election move, Charan Singh is again toying with the idea of reservation of jobs for backward classes in government services. According to informed sources, though the “idea” was not put on the agenda for the cabinet meeting, the prime minister is expected to bring it up before his colleagues. Singh had earlier thought of bringing an ordinance or issuing an executive order to give this concession to the backward classes. Singh had dropped the idea because of reported disapproval by the President, on the ground that it would be contrary to his advice that the caretaker government should not take policy decisions or give concessions to any section of society for electoral gains.

Though the UP power engineers called off their strike last night, they did not turn up for duty. Enquiries showed that they were awaiting the release of their arrested comrades. While, according to official sources, the number of the engineers arrested is about 300, the association claims that 1,350 engineers are in jail.

George Fernandes denied reports that he was likely to join the Janata Party. He described a Calcutta report attributed to Jagjivan Ram as “Just so much unadulterated nonsense”.