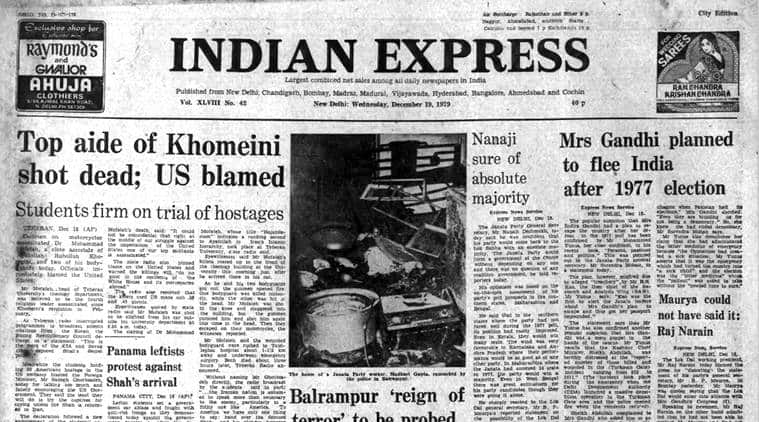 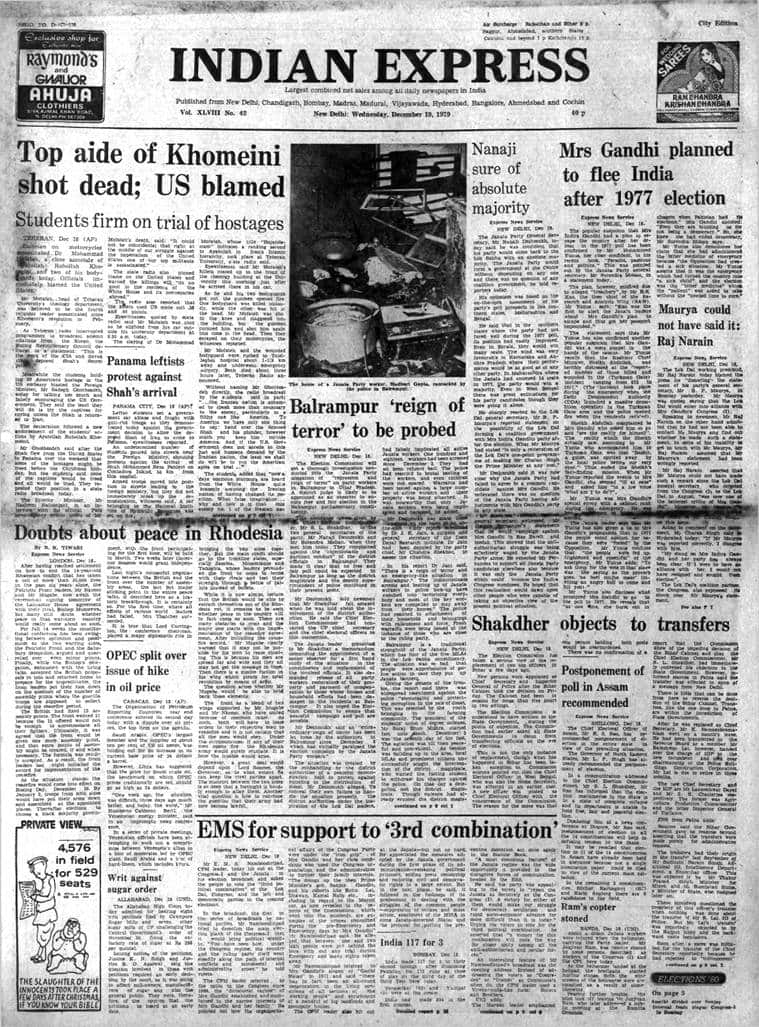 The popular suspicion that Indira Gandhi planned to flee the country after her defeat in the 1977 poll has been confirmed by Mohammed Yunus, her close confidant, in his book, Persons, Passions and Politics.

The popular suspicion that Indira Gandhi planned to flee the country after her defeat in the 1977 poll has been confirmed by Mohammed Yunus, her close confidant, in his book, Persons, Passions and Politics. This was pointed out by Janata Party General Secretary Surendra Mohan. The plan misfired due to alleged “treachery” by R N Kao, then chief of the Research and Analysis Wing. Yunus says: “Kao was the first to alert the Janata leaders about Mrs Gandhi’s plan to escape and thus got her passport impounded.”

The Janata Party general secretary, Nanaji Deshmukh, said he was confident that his party would come back to the Lok Sabha with an absolute majority. The Janata Party would form a government at the Centre without depending on any one and there was no question of coalition government, he told reporters. His optimism was based on the on-the-spot assessment of his party’s poll prospects in the southern states, Maharashtra and Bengal.

Gunmen on motorcycles assassinated Mohammad Mofateh, a close associate of Ayatollah Ruhollah Khomeini, and two of his bodyguards. Officials immediately blamed the US. Mofateh, head of Teheran University’s theology department, was believed to be the fourth religious leader assassinated since Khomeini’s revolution in February. The ruling Revolutionary Council declared in a statement: “This is the work of the CIA and Savak (the deposed Shah’s secret police).”

The Organisation of Petroleum Exporting Countries’ year-end conference entered its second day with a dispute over oil prices. Saudi Arabia was holding out for no increase in its current base price of $24 dollars a barrel. Libya has suggested that the price should go as high as $34.