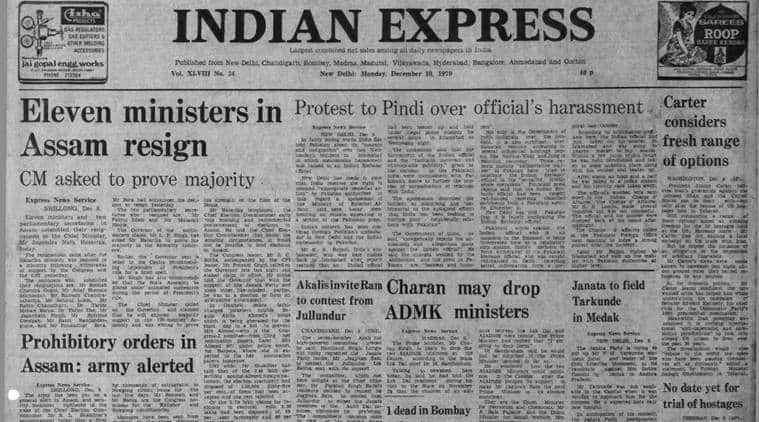 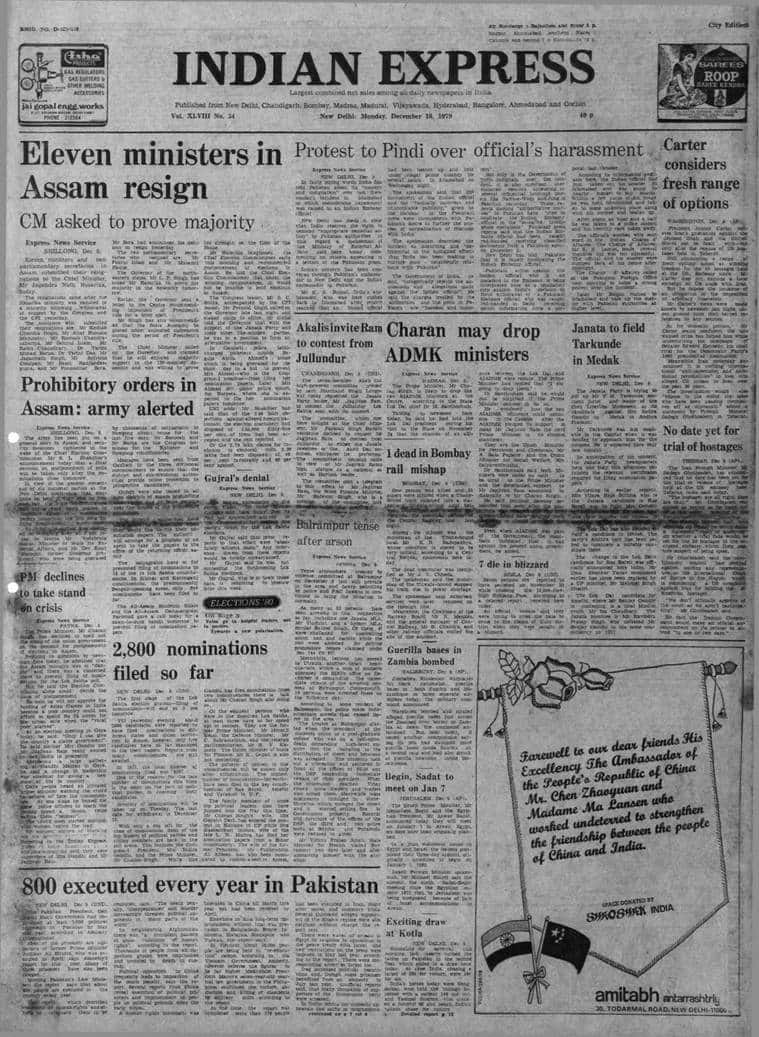 This is the front page of The Indian Express published on December 10, 1979.

Eleven ministers and two parliamentary secretaries in Assam submitted their resignations to Chief Minister Jogendra Nath Hazarika. The resignations came after the Hazarika ministry was reduced to a minority following withdrawal of support by the Congress and the CPI. The governor of the Northeastern states, L P Singh, has asked Hazarika to prove his majority in the Assembly.

Prime minister Charan Singh is likely to drop the two AIADMK ministers at the Centre, according to the state Lok Dal chief M Santhosham. Talking to newsmen in Madras, he said he had told the Lok Dal president during his visit to the state on November 24 that the chances of an alliance between the Lok Dal and AIADMK were remote. The PM had replied that, “I am going to drop them.” Santhosham said he would not be surprised if the PM decides to do so. He wondered how the two AIADMK ministers could continue in the cabinet after the AIADMK pledged to make Jagjivan Ram the next prime minister in its election manifesto.

General Zia-ul Haq’s government had imprisoned at least 7,000 political opponents in Pakistan by May this year, according to Amnesty International. Most of the prisoners are supporters of former Prime Minister Zulfikar Ali Bhutto, who was executed in April, says Amnesty’s report. The report says that about 800 people are executed in Pakistan every year.

President Jimmy Carter believes Iran’s grievances against the deposed Shah and the United States can be dealt with — but only after the release of US hostages held in Teheran. The US is considering a range of fresh options aimed at winning freedom for the 50 hostages held at the US embassy.