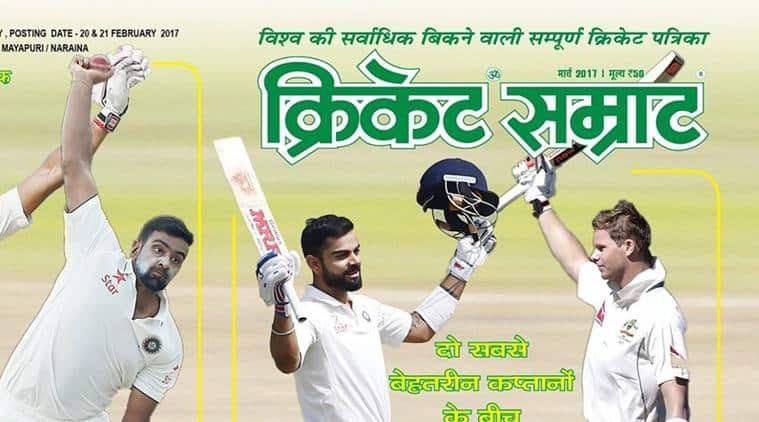 Cricket Samrat used to be a rage at the Sports Hostels of Kanpur and Lucknow that threw up international cricket stars like Mohammad Kaif, R P Singh and Suresh Raina.

Like the elderly, the COVID-19 pandemic has ravaged old media. Earlier this week, Cricket Samrat, a once-influential and wildly popular Hindi magazine but one that was on life support for some time, announced it was shutting down after 42 years.

Gen Z and non-Hindi readers might not have heard of it, but for a cricket-loving kid in the BIMARU region of the ’80s and ’90s, the importance of Cricket Samrat can’t be encapsulated. But I will attempt here. It was like ESPNCricinfo, Sports Illustrated and Star Sports in one package.

Like Cricinfo, it would contain detailed reports, in-depth analyses, statistics and scorecards of domestic and international cricket — content that in the pre-internet era would otherwise have been inaccessible. Cricket Samrat was also Sports Illustrated in the sense that the magazine’s pull-out posters would adorn our walls. For this reason, many non-Hindi readers also avidly collected Cricket Samrat’s issues.

And in an era when TV sets were a luxury in mofussil India and cable TV hadn’t arrived, it was our Star Sports in that its vivid prose in a language that we lived and breathed would help us “see” the matches that we couldn’t watch. The writing of many of its contributors was a breath of fresh air from the stoic style prevalent among Hindi newspapers of the time.

Cricket Samrat was all that and more.

From its humble beginnings in West Delhi in 1978, it rode on cricket’s expanding footprint in the country. Between Lord’s 1983 and Bombay 1987, it grew exponentially as Indian cricket hit its apogee. It was a symbiotic relationship, with Indian cricket also gaining from Cricket Samrat. It acted as a force multiplier, democratising the game by taking it to the blind spots — blind swathes, in fact — in the north.

The seeds of the small-town revolution that would hit Indian cricket in the 2000s were perhaps sowed by Cricket Samrat. It fuelled the dreams of young kids hungry to make their name in the game. It was North India’s very own Wisden — the globally revered Bible of Cricket. Cricket Samrat used to be a rage at the Sports Hostels of Kanpur and Lucknow that threw up international cricket stars like Mohammad Kaif, R P Singh and Suresh Raina. The centrefolds would be found in most rooms where budding cricketers would spend restless nights dreaming about the heroes who watched them from the walls.

Mumbai Ranji cricketer Iqbal Abdulla learned the basics of the game through Cricket Samrat, quite literally. Growing up in Azamgarh, UP, Abdulla didn’t have access to TV. This could have limited his understanding of cricket, but he had an alternative in Cricket Samrat. If it put young cricketers on the right path, it also showed the way forward to failed ones. In my case, at least, when it became evident that I didn’t have it in me to be a cricketer, the magazine inspired me to become a sports writer.

At its peak, it was the top-selling sports magazine in India, but its importance began to diminish with the advent of the internet. The monthly news cycle became outdated and cricket websites such as Cricinfo, which provided real-time updates, cornered the market. Till 2013, the magazine had an average issue readership of over a million, but hardly any advertisements. Its one-time strengths — Hindi and niche — were turning against it.

For some reason, Cricket Samrat never made the transition to the digital medium, even though it can be argued that there was — and perhaps still is — an audience for a quality cricket website in Hindi.

Cricket Samrat’s biggest service to Indian cricket was covering the domestic game assiduously. At a time when there was little TV coverage, it gave the players a much-needed platform. You didn’t need Cricket Samrat to know a Kapil Dev, but without it, you wouldn’t have understood what an Ashish Winston Zaidi or an Amarjit Kaypee or an Atul Bedade meant to Indian cricket. It was coincidental but fitting, then, that two days after the death of Rajinder Goel, arguably the tallest among domestic cricket stalwarts, Cricket Samrat also drew its final breath.

This article first appeared in the print edition on June 26, 2020 under the title ‘The death of a magazine’. Write to the author at [email protected]