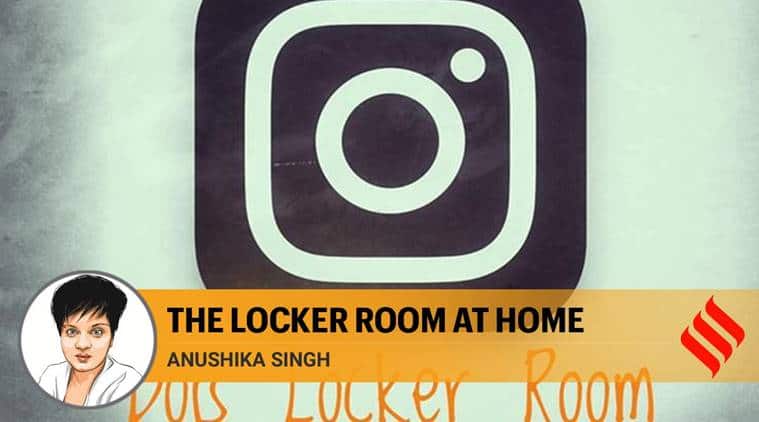 It is high time that we acknowledge the monsters in the darkest corners of our minds and inside our homes. Parents need to have the forbidden “talk” with their sons and daughters.

Why does the #Boislockerroom incident come as a surprise to so many? It is, in fact, of a piece with the larger narrative that justifies violence against women in India, one which has been around for centuries.

In arguably India’s greatest epic, the Mahabharata, Draupadi’s relatives and elders stood by and watched as she was molested by a brother-in-law.

This culture of permissiveness with respect to violence against women continues to this day. Ask any young woman about her school days and she will recount episodes of “eve teasing” on the way back home as an anecdote, almost as though such behaviour has been normalised. Stalking is equated with “love”, in society and popular culture, and is often not even recognised as a problem.

In our families, the tropes of our traditions, “jeejas” having “little fun” with their “saalis” is almost normal. Incidents like the Bois Locker Room, rather than evidence of perverted tendencies, are an expression of this culture on the one hand, and the lack of openness and conversations on the other. The fact that minors were sharing images of women being raped and of girls they knew speaks to the warped ideas around sexual relations and the opposite sex.

An attempt at a serious and sober discussion on violence against women elicits strong reactions like calls for castrating the rapists, stoning them to death, capital punishment and worse. But try talking about rapes within households, by so-called “protectors” — brothers, fathers, grandfathers and male in-laws — and people become uncomfortable. “Bahus” are required to be modest in front of their “jeths” and “sasurs”, young girls are taught to mind their fathers and brothers. Men try to cover the bodies of the women of the house not only to protect them from those “outside’’ but also those “inside”. All this is, in fact, a subliminal acknowledgment of the demons lurking in our homes. But there is no open discussion.

In February, there was news of a grandfather and an uncle raping a minor girl in Andhra Pradesh. An 18-year-old was raped by her father and cousin repeatedly in Bhopal. A similar incident occurred in Odisha last year. These stories did not spark outrage or lead to conversations that cases with strangers as perpetrators do. The discussion is at the top of the taboo charts.

The Bois Locker Room also opens a window to a crisis of individuality and masculinity. In a social setup where personal achievement is defined by materialistic gains, jobs or one’s ability to fit into pre-decided parameters, self-worth and moral achievement lose importance. Slut-shaming and bragging about their ability to rape seems to almost provide a warped sense of self-worth among these boys. In a country where mothers take pride in their aggressive and spoilt sons, male sexual aggression becomes a virtue rather than insecurity about their virility.

Too often, matters of sexuality are dismissed or rationalised as stemming from natural “urges”.

It is high time that we acknowledge the monsters in the darkest corners of our minds and inside our homes. Parents need to have the forbidden “talk” with their sons and daughters. There is a need to recognise and address the sexuality and desires of growing children. This also calls for a shift in the paradigm of sex education in India which, in the rare instances that it does take place, is largely limited to “Good Touch-Bad Touch’’. There should be a focus on the sexual needs of adolescents and the inquisitiveness of children. They should be guided about what can and cannot be pursued and why.

Most of all, this conversation needs to acknowledge the root of the problem, and begin at home.

The writer, 24, is a student at the Faculty of Law, University of Delhi