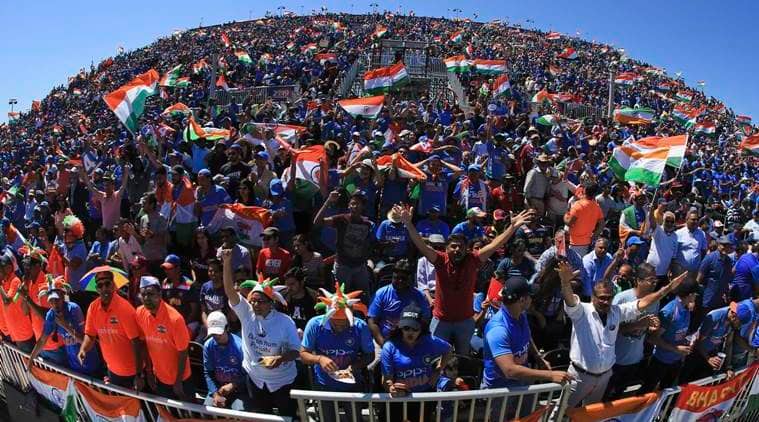 It’s fair to say that India has been on every Briton’s mind this summer – even if the predominant emotion, until recently, was envy. The World Cup in England and Wales is shaping up to be the biggest cricket tournament to date with more than 80,000 fans from India expected to visit throughout the summer. Cricket stadiums across the country have been dominated by a sea of blue, as we are reminded that this joint passion is one of the many ties that bind us.

Alongside the cricket, we’ve welcomed investors and government representatives at a series of events celebrating the UK-India relationship, including at the London Tech Week and UK-India Week. Next week, at the annual Joint Economic and Trade Committee meeting, our international trade minister Liam Fox and his Indian counterpart, Piyush Goyal, will discuss how to further reduce trade barriers and agree to work towards a more ambitious trading relationship. On July 16, we’ll mark India Day at Mansion House — the official residence of the Lord Mayor. This will be a landmark event celebrating our financial services links, in particular the central role the City of London could perform in raising funds for Indian infrastructure development.

All this activity speaks to the health of the UK-India relationship. Brexit has given the UK a compelling reason to re-evaluate its relationships beyond its nearest 27 neighbours — and India is in the spotlight. It is a priority because we recognise its fundamental role in shaping the world that we live in. It’s a rare partner whose economic priorities and assessment of global challenges mirror our own. It’s one of our most thriving trading and investment relationships, central to UK’s growth strategy.

Critics might point to a recent report, introduced in British Parliament, which suggested that the UK could do more to develop its relationship with India. Far from being a criticism, I see that report as a demonstration of the cross-party support that exists for deeper ties — and a vindication of my own firm belief that the UK’s relationship with India is one of the most important that we hold. After all, PM May’s first official visit upon taking office was to India and 27 ministers have visited since. The UK has a bigger diplomatic presence in India than anywhere else in the world.

Of course there is always room to do more. Given its size, global challenges uniquely affect India and so it’s right that our partnership is focused on tackling universal issues like climate change, renewable energy, cyber threats and antimicrobial resistance. With the UK’s bid to host the next UN Climate Conference COP26, our legal commitment to net-zero emissions by 2050, and our membership of the International Solar Alliance, the UK and India are particularly well placed to join forces on promoting sustainable energy, and building resilient, smart cities.

PM Modi has an ambitious vision for India on the world stage and the UK is the partner to support that ambition. Since 2010, the UK has been the largest G20 investor in India. More than 400 British companies operate here, creating over 450,000 jobs. For nine consecutive quarters, our bilateral trade has grown, usually at double digit rates. We are now India’s second biggest research partner with joint research expected to be worth £400 million by 2021. The number of Indians studying in the UK has almost doubled in the last three years, and Indian nationals continue to receive more skilled work visas from us than the rest of the world combined. Our bilateral relationship is already uniquely strong owing to the incomparable living bridge connecting our people — but the scale of that is set to grow.

As a diplomat, I sometimes have to be mindful of what I say. So I stay well away from cricket predictions — other than to be sure it will come to pass as the great Neville Cardus put it: “Dear, lovely game of cricket that can stir us so profoundly, that can lift up our hearts and break them.” However, regardless of who takes home the Cup, this isn’t just an Indian summer. We’re here for the long term – and there’s a great deal more to do.

The writer is the British High Commissioner to India

Trump Will Not Invoke Control of National Guard Amid Protests Over George Floyd's Death, Says Adviser