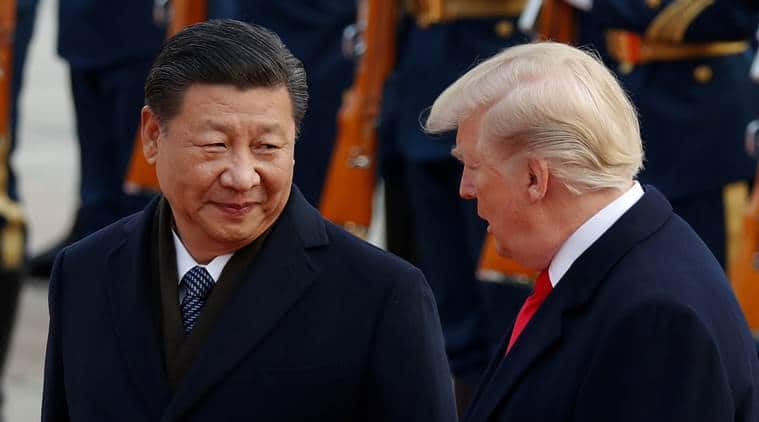 A year into the US-China tariff war, its implications for India are still unfolding. The glass, as it were, could be seen as half empty, or half-full. What we know is India is losing its surplus with the US. It is gaining exports, and hence, narrowing its deficit with China. What we are yet to find out is if India can take the space vacated by the warring partners.

Here are some points to consider.

No doubt, the simmering tensions between the world’s two largest economies has wrought a knock-on effect, taking down global growth, disrupting trading arrangements and production systems and, above all, injecting uncertainty into the already fragile global environment and weakening investor sentiment. India hasn’t escaped unhurt. Its exports slowed to 5.5 per cent in the second half of fiscal 2019, compared with 12.7 per cent in the first half. Overall growth for the fiscal printed at 8.6 per cent on-year, lower than 10 per cent in the previous year. These overall figures, however, hide some crucial details, which tell us not all is lost. Specifically, India’s exports with US and China have seen sharp reversals.

India’s trade surplus with the US had increased significantly since fiscal 2012. However, this surplus started to shrink in fiscal 2019, as export growth slowed to 9.5 per cent from 13.4 per cent in fiscal 2018, while import growth rose sharply to 32.6 per cent from 19.3 per cent. Protectionist measures by the US were beginning to tell on India’s exports. Key items hit by US tariffs last year were iron, steel, and aluminum. The impact, though, was not significant, as these account for less than 1 per cent of India’s total exports.

The opposite was the case with China.

India’s trade deficit with China has risen rapidly over the past decade. However, this deficit narrowed in fiscal 2019, as exports to China galloped 25.6 per cent, while imports declined by 7.9 per cent. In fact, the top exported commodities to China in fiscal 2019 — petroleum products, cotton, chemicals and plastic products — were products on which China imposed import tariffs on the US last year. A word of caution here, though. Declining imports from China were accompanied by a rise in same products from Hong Kong. Such instances have signalled that the current trade war could lead to trade diversion rather than trade destruction. Until now, the tariff actions by US and China have been one-on-one, making imports from each other expensive. What that has done, quite unintentionally, is also to improve relative competitiveness of other economies exporting the same products.

If this trade war continues over a longer horizon, it could even result in shift of production bases and restructuring of global supply chains. Chinese firms are already moving production to their plants in other countries. India also figures in the list of such probables.

But such opportunities for growing exports have come and passed earlier too. Even before the trade war, low-end manufacturing (readymade garments, leather garments and footwear) had started moving out from China, as labour costs rose and it moved to more sophisticated manufacturing. However, India fell behind countries like Vietnam and Bangladesh in capturing export share in these sectors because of higher costs and lower incentives.

That brings us to a more fundamental issue. What hinders India from becoming an export powerhouse? First, it lags in competitiveness. At 58, India still ranks below China (28) in World Economic Forum’s Global Competitiveness Rankings for 2018. In World Bank’s Logistics Performance Index 2018, it ranks 44, below China (26) and Vietnam (39). Land and labour reforms are still pending, hindering largescale investments in export sectors. Two, India remains a tightly regulated market. Under the World Bank’s Doing Business rankings, India ranks 77, compared with China at 46 and Vietnam at 69. Three, India’s slow progress in drafting trade agreements impacts its ability to participate in global value chains, affecting export growth.

India must proactively address these concerns. Reaping every opportunity that presents itself has become more crucial now, given that the global environment is in for even more challenging times.