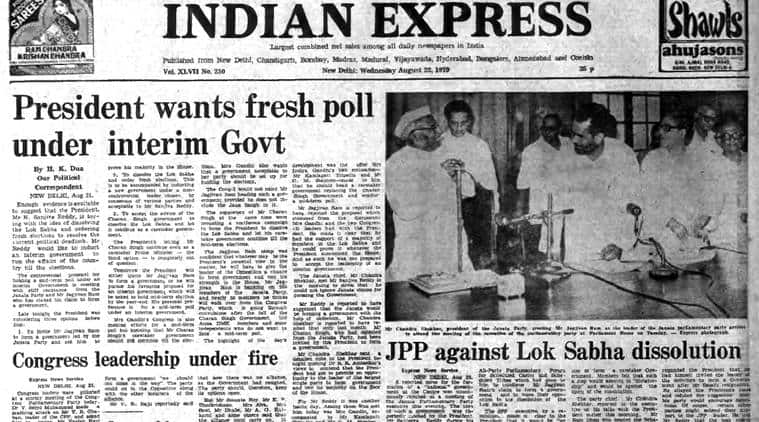 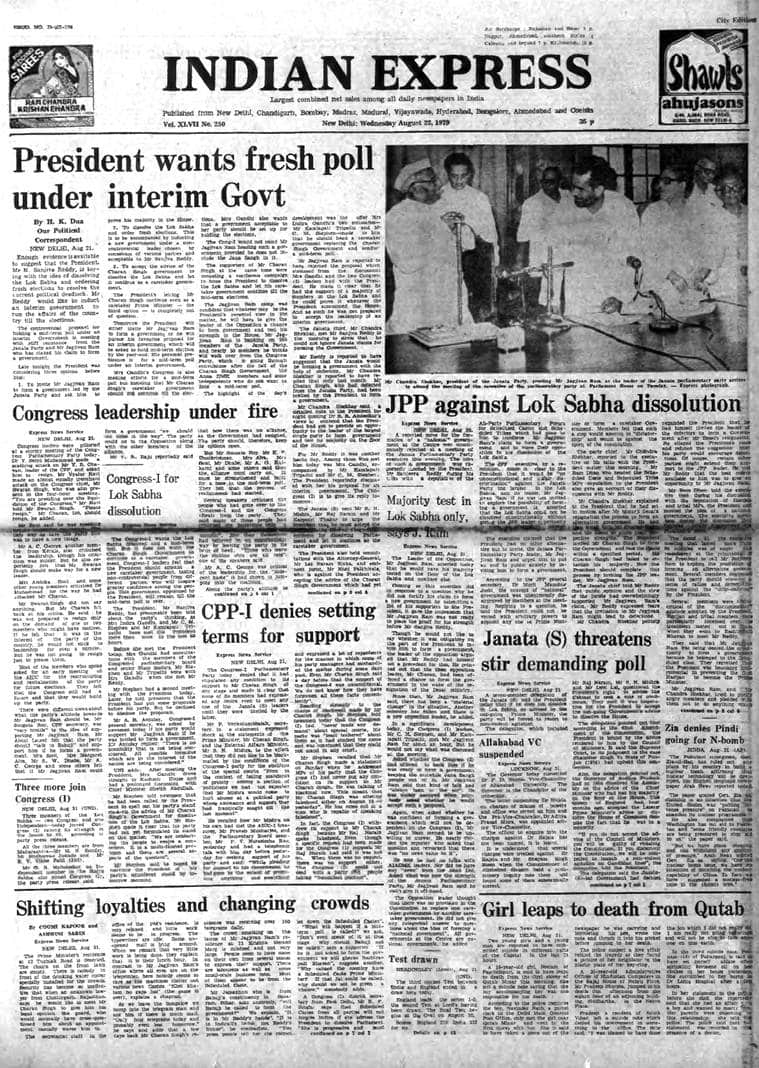 Enough evidence is available to suggest that the President, N Sanjiva Reddy, is toying with the idea of dissolving the Lok Sabha and ordering fresh elections to resolve the current political deadlock. Reddy would like to induct an interim government to run the affairs of the country till the elections. The controversial proposal for holding a mid-term poll under an interim government is meeting with stiff resistance from the Janata Party and Jagjivan Ram, who has staked his claim to form a government.

The Congress Parliamentary Party denied that it had stipulated any condition when it came to its support to Charan Singh at any stage. The CPP made it clear that none of its members had expressed any desire even to meet any one of the Janata (S) leaders until they were invited by the latter. P Venkatasubbaiah, secretary, in a statement expressed shock at the statements of the Prime Minister, Charan Singh, and the External Affairs minister, S N Mishra, to the effect that they did not like to be blackmailed by the conditions of the Congress-I party for the abolition of the special courts.

The leader of the Opposition, Jagjivan Ram, asserted that he would have his majority tested on the floor of the Lok Sabha and nowhere else. Coming as this assertion did in response to a question of why he did not fortify his claim to form a new government by submitting a list of his supporters to the President, it gave the impression that Ram was not ready to place the proof for his strength before Sanjiva Reddy. Ram argued that Reddy had himself set a precedent for this: He pointed out that the then Opposition leader, Chavan, had been offered a chance to form the government in the wake of the resignation of the Desai ministry. Since then, Ram said, there has been a “material change” in the situation.