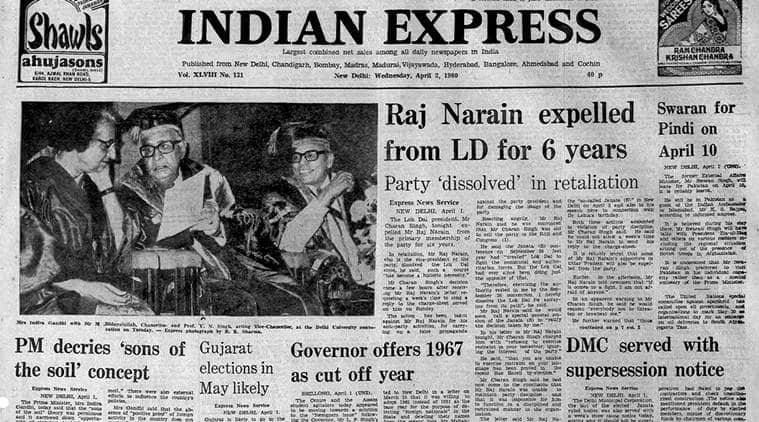 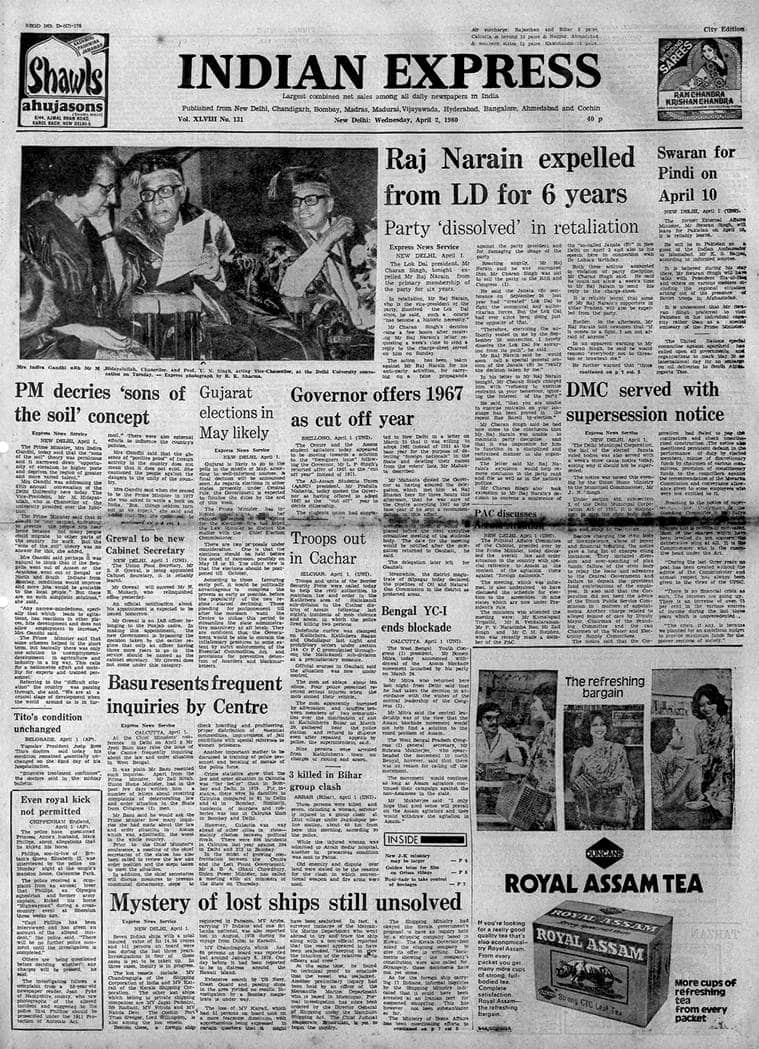 This is the front page of The Indian Express published on April 2, 1980.

The Lok Dal president, Charan Singh, expelled Raj Narain from the primary membership of the party for six years. In retaliation, Narain, who is the vice-president of the party, dissolved the Lok Dal since, he said, such a course “has become a historic necessity.” Charan Singh’s decision came a few hours after receiving Narain’s letter requesting a week’s time to send a reply to the charge-sheet served on him on Sunday. The action has been taken against the party vice president for his anti-party activities, for carrying on a false propaganda against the party president and for damaging the image of the party.

The Centre and the Assam student agitators appeared to be moving towards a solution to the “ foreigners issue” following the governor, L P Singh’s reported offer of 1967 as the “cut-off year” instead of 1971. The All-Assam Students Union (AASU) president, Prafulla Mahanta, quoted the governor as having offered to adopt 1967 as the “cut-off” year to decide citizenship. The students union had suggested to New Delhi in a letter on March 25 that it was willing to adopt 1961 instead of 1951 as the base year for the purpose of detecting “foreign nationals” in the state and deleting their names from the voters’ lists, Mahanta described.

No Sons Of Soil

Prime Minister Indira Gandhi said that the “sons of the soil” theory was pernicious and it narrowed down “opportunity of elevation to higher posts and deprives the region of greater and more varied talent”. Mrs Gandhi was addressing the 57th annual convocation of Delhi University. The Vice-President, M Hidayatullah, who is also chancellor of the university, presided over the function. The prime minister said that it would be “our earnest endeavour to provide the people jobs near home because not many people could migrate to other parts of the country for work”. But the “sons of the soil” theory was no answer for this, she added.