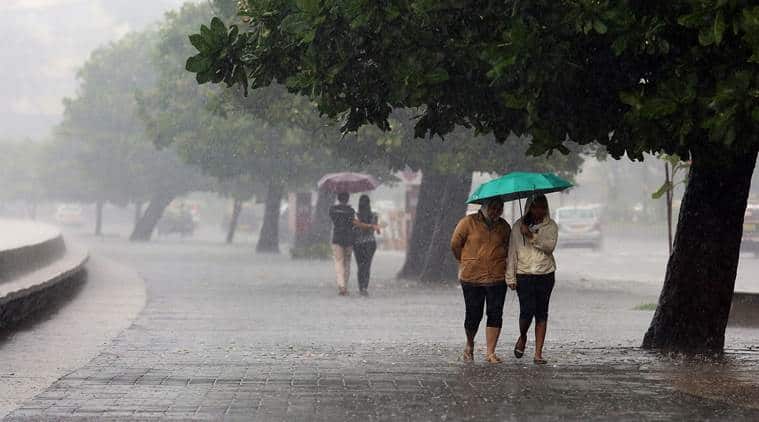 The Kerala Sahitya Akademi published its first-ever, comprehensive, environmental history in October 2017, that I wrote on the Akademi’s request. A month later, the first cyclone in the history of modern Kerala was reported. As per weather records, cyclones generally originated in the Bay of Bengal and made landfall on India’s eastern coast — the west was safe from cyclones. Though Cyclone Ockhi rose in the Bay of Bengal, it wreaked havoc on the west.

It shook my belief that Kerala was safe from natural tragedies. For days, I investigated if anything unusual was being reported from the Arabian Sea. Some research revealed that surface temperature of the Arabian Sea had been rising since 1997 due to carbon emissions, turning the sea restive.

An extremely severe cyclonic storm, Nilofar, had prevailed in the Arabian Sea between October 25 and 31 in 2014. In 2015, two more extremely severe cyclonic storms were reported. In October 2018, Cyclone Luban originated in the Arabian Sea and Cyclone Titli in the Bay of Bengal. It was the second time in history that cyclones formed in both the seas at the same time. Luban made landfall at Salala in Oman and Titli on the Odisha-Andhra coast. According to scientists, cyclones that originate from the Arabian Sea do not change route and make landfall on the eastern coast.

The increase in sea surface temperature in the Arabian Sea would spell trouble for India’s western coast. Not to mention that high-intensity rains cause floods. In 2018, the Indian Institute of Tropical Meteorology and IIT Gandhinagar published research studies substantiating the claim that the increase of temperature in the Arabian Sea has been causing high-intensity rains in different parts of India.

The impact of climate change started making minor appearances in the country around 2005 and majorly around 2017. When we get ready to take on these changes, we would know how nature took a beating during the previous two centuries and consider corrective steps.

India’s natural wealth didn’t suffer much till the advent of colonisation. Richard Grove has argued that the age of colonialism was also the period of Green Imperialism. Starting the beginning of the 19th century, the British cleared forests in areas that today come under states such as Kerala, Karnataka, Tamil Nadu, Assam and West Bengal, for commercial plantations. The forests of the Western Ghats were mostly climax ecosystems, with no human intervention. Such forests gave birth to perennial rivers by absorbing rainwater and maintaining streams and rivulets. The Forest Survey of India defines dense forests as forests with more than 70 per cent tree cover, which is just 8 per cent in Kerala, accounting for just 4 per cent of the land area. The deluge of 2018 was not the first in Kerala. Two other floods were recorded in the state in 1341 and in 1924. Several corroborative evidences link the floods of 2018 and 2019 to climate change.

According to a 2018 report by the Intergovernmental Panel on Climate Change (IPCC), world nations have time till 2030 to hold global warming level to 1.5 degrees Centigrade. If carbon emission continues at the current level, warming may exceed 1.5 degrees. To hold it at 1.5 degree C, greenhouse gas emissions should be reduced from 5,200 tonnes to 2,500 tonnes — a decline of nearly 45 per cent.
According to IPCC findings, high-intensity rainfall is the key result of climate change in India. It says that India’s annual temperature may rise (compared to 1970) by 1.7 to 2.2 degrees C by 2030. It will lead to drastic increase in high-intensity rainfall during monsoons as well as cyclones, floods and drought. However, the IPCC did not foresee the rise of surface sea temperature of the Arabian Sea, that we mentioned.

Between 2003 and 2017, India witnessed 22 cyclones that claimed over 700 lives. However, the country witnessed the severe impact of climate change in 2018 when between April and June, over 50 cyclones hit 16 states, killing over 1,000 people and destroying crops.

We cannot do much to avoid recurrence of such incidents but we can focus on climate adaptation or climate proofing activities. In the building of new India, we should try and restore the lost peculiarities of nature. Environmental restoration should be a key factor in future development.