An administrative register cannot record nuances of culture of a land, its people 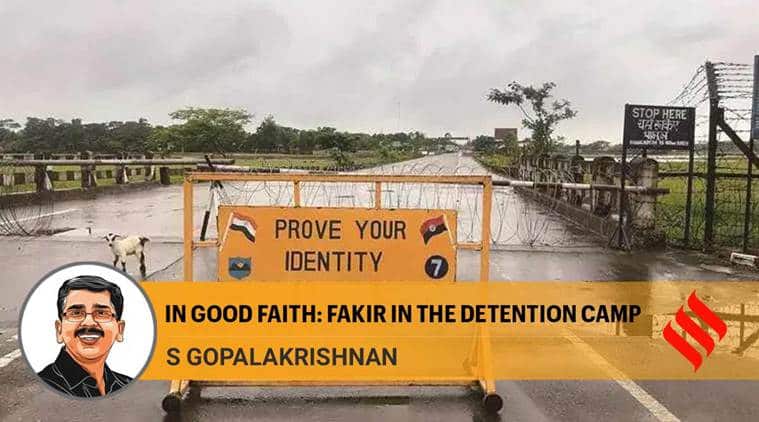 In 2015, Bangladeshi Sufi folksinger, Fareeda Parveen, visited Delhi and sang these lines of Fakir Lalon Shah (1772-1890). “Nobody knows whether the fakir was born a Hindu or a Muslim and where; nobody cares too,” she said to me after the concert.

Jyotirindranath Tagore sketched the only portrait of Lalon of no country in 1889, in a houseboat when the Fakir was crossing the mystical momentariness of the river Padma. Over 80 years later, at a press conference on April Fool’s day of 1973 in New York, John Lennon declared “Nutopia”, a conceptual nation for poets and singers to immigrate to. Fondly, Tagore wrote his famous lines, “Chitto jetha bhoyshunno” (Where the mind is without fear) in 1913, residing in his own Nutopia.

While reading reports on the Kafkaesque detainee camps in Assam, a young boy of the 1870s comes to mind. He fled his village in Brahmanbaria (now in Bangladesh) with a Jatra party and got exposed to various folk, cultural and musical genres and streams of thought to eventually become a faqir-like legend. Baba Allauddin Khan, who settled in Maihar in Madhya Pradesh. Imagine, sending back the fakir of the Jatra tradition to a detention camp as he doesn’t have proof of his origin. I am sure, he, with a meditative smile on his face, would captivate the gatekeepers with a Jaijaiwanti.

A similar thought crossed my mind while listening to a beautiful Kabir bhajan by Parveen Sultana. Born in Assam in 1950, she became one of the youngest Padma awardees at 26. I wonder to which nation-state India will send her as she was born at Daccapatty in Nagaon city, Assam, to Maroofa Begum of Iran and also Ikramul Mazid of Afghanistan. I once asked Pradip Jyoti Mahanta, a cultural historian of Assam and the Northeast, how Parveen Sultana was able to move with such ease through all octaves. He said, “it’s there in the music of our land. Our folk singers too can reach difficult octaves with ease”. To which place would Assam send the social phenomenon of Parveen Sultana?

An administrative register based on material proof of origin won’t be able to record the nuances of the cultural roots of a land and its people. Any attempt to bifurcate evolved heritages would leave painful echoes. Parveen Sultana, faqirs like Lalon or Baba Allauddin Khan or a boy born in Munsi Ganj in present Bangladesh after whom a lunar crater is named, Jagadish Chandra Bose. They all represent a common heritage.

Satyajit Ray, who had ancestral roots in Sherpur, Bangladesh, wanted to make a film on the new nation’s liberation struggle, but couldn’t. While abandoning the idea he said that he was more interested in the travails of the refugees and not politics. Ray himself was an amalgamation of many cultures, with an intense understanding about the folk music traditions of East Bengal and a finely-tuned ear for the sophisticated Ali Akbar Khan or Ravi Shankar. He once said this too: “At the age when a Bengali youth is invariably into writing poetry, I was listening to western classical music”.

Curt Daniel, who spent years in Nazi concentration camps, wrote in 1941 about the theatrical activities in Dachau and Buchenwald camps, which had 10,000 and 25,000 inmates respectively. He wrote: “Performances in Dachau were, in the nature of things, extremely undercover, being carried out by the prisoners at great personal risk. There were no specific camp orders forbidding these forms of entertainment but its discovery would have infuriated the S.S. camp guards leading to torture and deaths.”

Let us hope India won’t have literatures of this kind a few decades from now — stories about how a fakir was finding it difficult to sing a song in detention, or the tragic journey of a singer to untraceable roots in Kabul or Iran.

This article first appeared in the print edition on September 9, 2019 under the title “In Good Faith: Fakir In The Detention Camp”. The writer is a commentator and broadcaster in Malayalam

Matabang braso? This fitness trainer has a solution for that | PEP Fitness