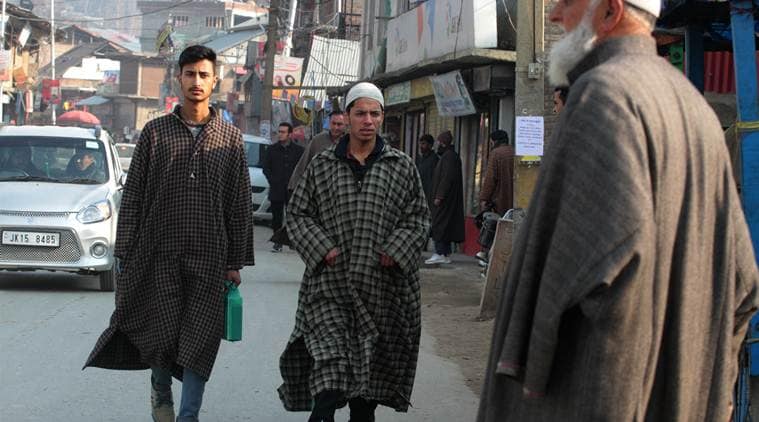 In the aftermath of the Pulwama tragedy, as Kashmiris were facing attacks merely for being Kashmiri, the statement — “our fight is for Kashmir, not against the Kashmiris” — from the prime minister was a welcome step. This statement was followed by the national general secretary of the ruling party, Ram Madhav, writing an opinion piece (IE, February 26) claiming “every Kashmiri is ours”. Except, the PM’s statement was too delayed, and Madhav’s article too diversionary.

While the BJP cannot help looking at the problem except through the lens of Pakistan, the issue in the context of which PM Modi spoke, or Madhav wrote, is entirely different: Post the Pulwama attack, Kashmiris living outside their home state have found themselves at the receiving end of public anger.

Terming the regional “narrative” of separatism in the Valley a huge problem for India, Madhav shifts the blame for that on to the “regional satraps”. Blaming the regional leaders, however, is logically incoherent and factually incorrect. It dismisses the efforts and sacrifices of the regional leaders in their fight to keep democracy alive in Kashmir. Also, wasn’t Madhav’s party a partner in the government with one such regional leader till recently?

On the issue of Kashmir having a special status, the BJP’s best defence is denial. An attempt to paint the accession of more than 540 princely states and independent kingdoms with one brush — and one colour — is an over-simplification. An attempt like that completely ignores the fact that not one of those kingdoms or states, other than Kashmir, had a combination of the two compelling factors that could have made it choose Pakistan over India — an overwhelming majority of Muslim population and a border shared with Pakistan. Despite these factors, Kashmir decided to remain with India and that should have made the relationship between India and Kashmir special enough. For those who disagree with this, Article 370 (that guarantees Kashmir an autonomous status) is, in fact, a strong reminder of how special the relationship was and continues to remain.

Madhav himself goes on to explain that while the Article is in place for Jammu and Ladakh as well, it has not perpetuated any alienation or separatism in these regions. Article 370 has not fuelled any separatism in Jammu either, but the people of Jammu have not supported its abrogation as well: They are well aware that if Article 370 is abrogated, Jammu will be the worst victim of the consequences.

Madhav has rightly, though very technically, said that all that is required for the abrogation of Article 370 is a proclamation by the President, but such a proclamation will first have to be passed in the Parliament. That would be a proclamation for India to alienate its “integral part”.

The alienation among and of Kashmiris is mostly a consequence of India’s military policy towards Kashmir. With draconian laws like AFSPA and the widespread use of pellets, the Indian government is further alienating Kashmiris from India — when the need of the hour is to instil the belief that India belongs to them as well. Kashmiris have come to believe, and rightly so, that if Article 370 is abrogated, two things are bound to happen: One, India will change the state’s demographics and then conduct a plebiscite, which would eventually not represent the best interests of the indigenous people of the state. Two, the rights of Kashmiris over their land will be diluted.

So, an approach based on the belief that in order to abrogate Article 370 all that is needed is a presidential order would further alienate Kashmiris. An approach is needed that makes Kashmiris feel so included and safe with India that the need for a special provision like Article 370 is rendered meaningless. “Kashmiris are ours” could be reflective of a mutual, amicable relationship or that of proprietorial ownership. Madhav has used the language of the first type to make a claim of the second type.