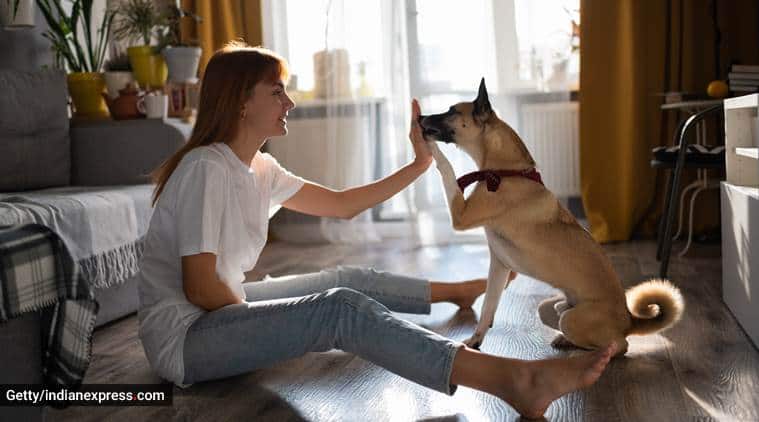 Upon dog owners feigning distress and calling for help, it was found that one-third of the dogs rescued them. (Source: Getty/Thinkstock)

It is known that besides being super cute and friendly, dogs are also extremely loyal and can be best friends with their human. Scientifically, it has been proven that having a dog can do wonders for the health of a human being, what with helping them fight mental illnesses, and taking care of their physical well-being, too.

Now, a recent study has revealed that dogs can help human beings when they are in any kind of distress, too, regardless of whether or not they are trained. Conducted by the ASU Canine Science Collaboratory, the study shows that any pet dog will try to come to the rescue of their human friends and try to save them when the situation demands.

For the study, Joshua Van Bourg, a graduate student at the Arizona State University’s Department of Psycholgy, and Clive Wynne, a professor of psychology in the same university set up an experiment to understand the nature of 60 dogs and their readiness to rescue their owners. None of the participating dogs had any kind of training. During the experiment, their humans were made to get inside a large box with a light-weight door, which their dogs could move. Upon them feigning distress and calling for help, it was found that one-third of the dogs rescued their distressed owner. Prior to this, the dog-owners were told to not call their dogs by their name, and only yell out ‘help’, and make it sound authentic.

The study researchers said that two things were at stake here: one, the dogs’ desire to help their owners, and two, how well they understood the nature of the help that was needed. In fact, when the researchers dropped some food in the box, and the dogs saw it, only 19 of the 60 dogs opened the box to get the food. A majority of them chose to rescue their friends only.

In another experiment, the owners were asked to read from a magazine from inside the box, and fewer dogs — 16 out of 60 — opened the door to get to them. This indicates that while more dogs opened the box for the distress test than the reading test, they do not want to solely be near their owners while rescuing them, and that they understand when their humans are in distress. They just need to be taught how to exactly rescue them, should the situation prevail, the researchers concluded.