Mythological show Ramayan, which first premiered in the '80s, made a comeback on TV amid the lockdown. As per the latest Broadcast Audience Research Channel (BARC) reports, its re-run is the most watched show on TV.

BARC has released the viewing pattern of the Indian audiences in between July 25 and 31, and it says that Dangal's Ramayan is still holding the top position in terms of TRPs. It's followed by Mahima Shanidev Ki on the same channel.

Besides Ramayan and Mahima Shanidev Ki, Zee TV's Kundali Bhagya is at the number three spot among the most watched shows on TV. The show stars Shraddha Arya and Dheeraj Dhoopar, and is one of the most popular Balaji soaps. 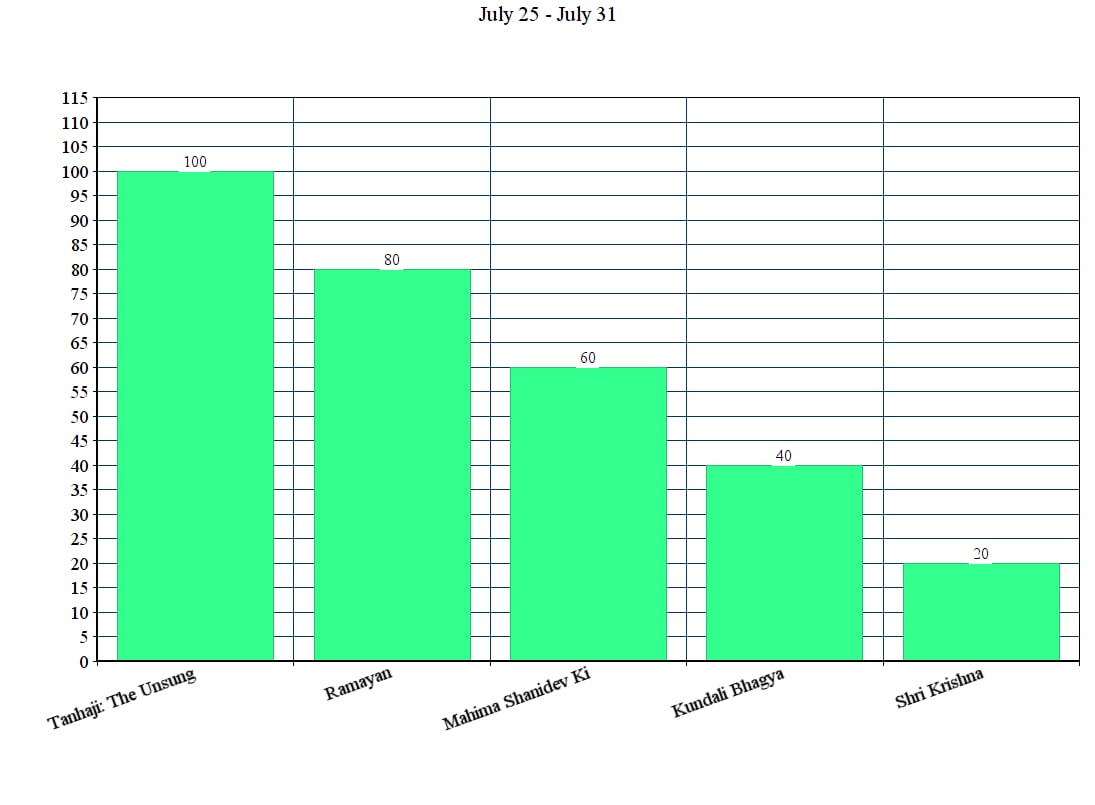 It is followed by DD National's Shri Krishna at the number four spot in the list of top five programmes of the week. This show too, was first premiered in the '90s and made a comeback on TV during the lockdown.

In addition to above details, as per Hindi GEC Urban, Star Plus' Anupamaa is holding the top position in terms of TRPs. It is followed by Sony SAB's Taarak Mehta Ka Ooltah Chashma. TMKOC has been running strong since last 12 years. Last week, Taarak Mehta Ka Ooltah Chashma was on the top position and Anupamaa was holding the second spot on the list.

Zee TV's Kundali Bhagya is at the number three spot. It is followed by Colors' Choti Sarrdaarni. The show features Nimrit Kaur Ahluwalia, Avinesh Rekhi and Kevina Tak in the lead roles.

However, the world television premiere of Tanhaji: The Unsung Warrior on Star Plus, has topped the TRPs list in terms of viewership. The movie stars Ajay Devgn, Kajol and Saif Ali Khan among others.

As per the details divulged by BARC, it can be concluded that Kundali Bhagya and Taarak Mehta Ka Ooltah Chashma are consistent on the list of TV's top five programmes.

One in 10 Pregnant Women in Maharashtra Asymptomatic for Covid-19, Says Study

Chauu to Choliya, a Look at Some of Unexplored Dance Forms of India

With No Ram Lila, Sita will be in Salon, Ravan Selling Garments This Year