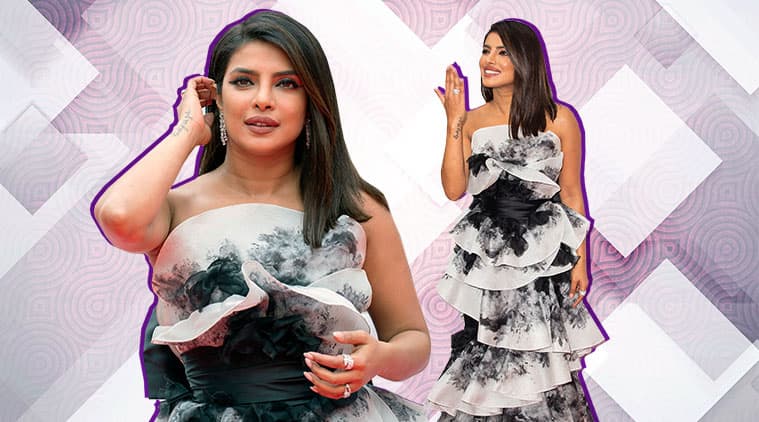 Priyanka Chopra often manages to make heads turn with her red carpet appearance at the world premiere event. Recently at Toronto International Film Festival premiere for her movie ‘The Sky is Pink’, the actor opted for a stunning black and white frill gown and looked nothing less than a princess. The dress also featured a black satin belt, which added extra charm to her outfit.

She walked the red carpet with Farhan Akhtar and his girlfriend Shibani Dandekar, Rohit Saraf and the film’s director, Shonali Bose. In the hair and makeup section, she went for lovely bronze shades, added drama to her look with winged eyes and a sleek hairdo. She rounded off her look with a pair of diamond dangles and few solitaire rings. 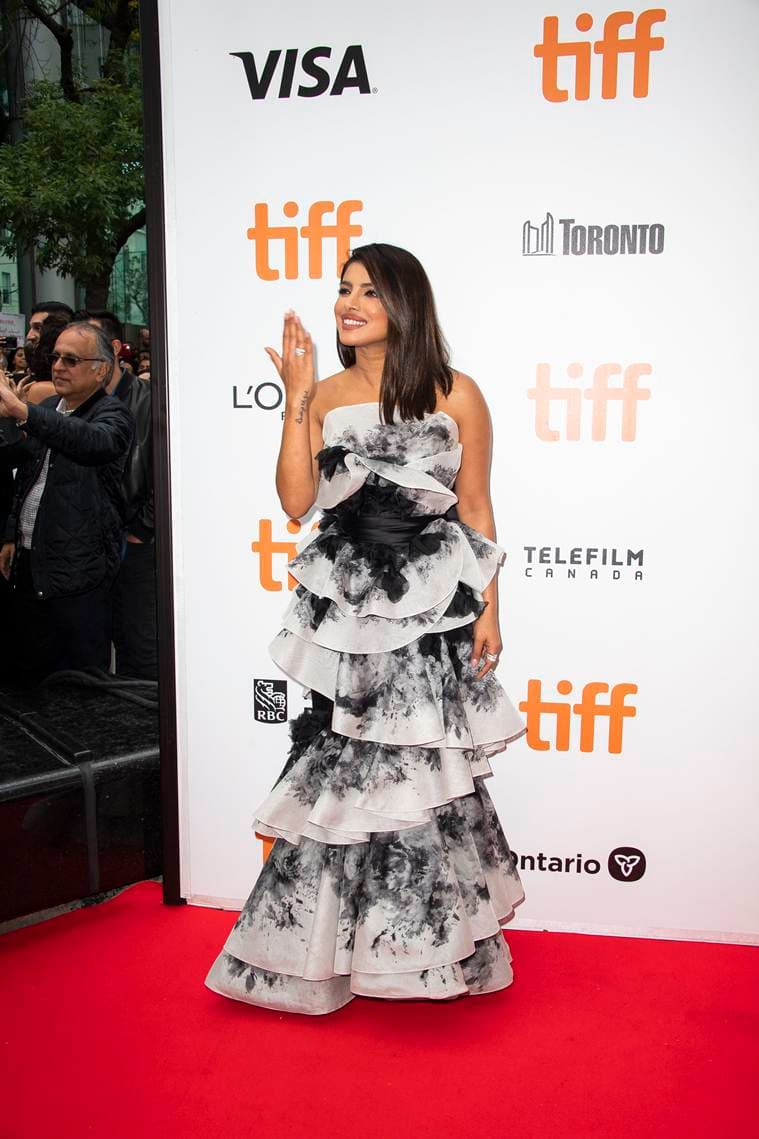 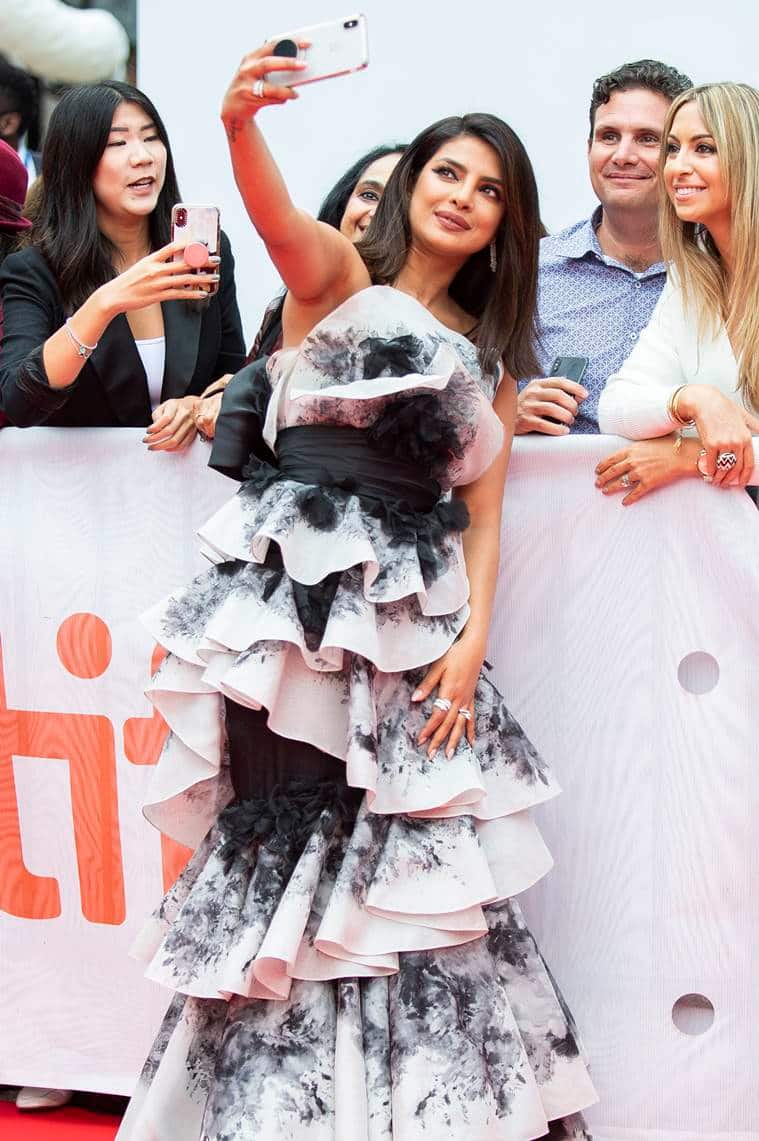 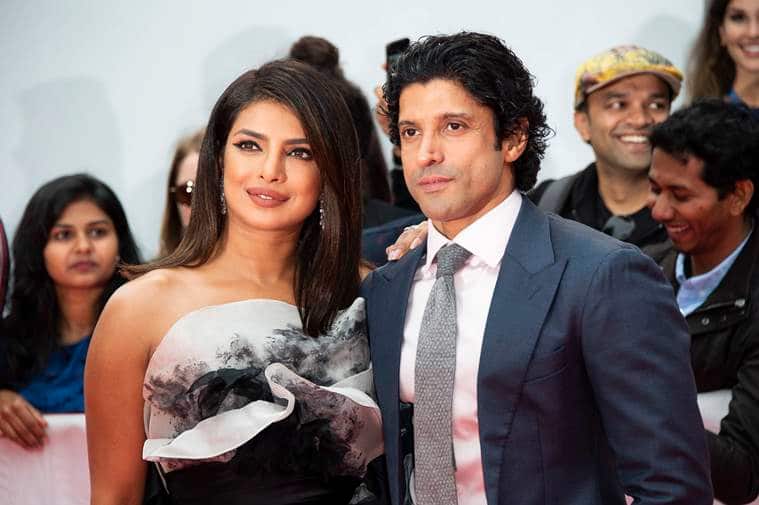 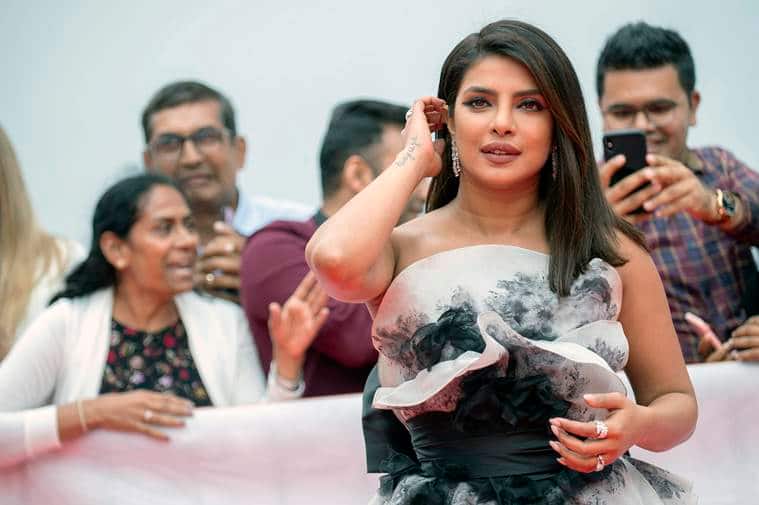 Her dress reminds us of Aishwarya Rai Bachchan’s Ralph & Russo dress from the 2015 Cannes Film Festival. The Fanney Khan actor had donned a similar kind of outfit with architectural folds. It was a strapless white dress with ruffle detailing and a dash of black colour. 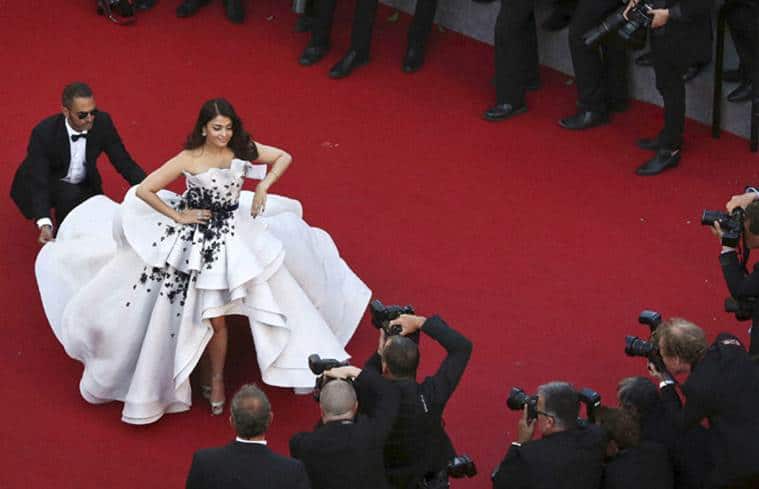