The Zoya Factor: Sonam Kapoor Ahuja is in no mood to ditch red 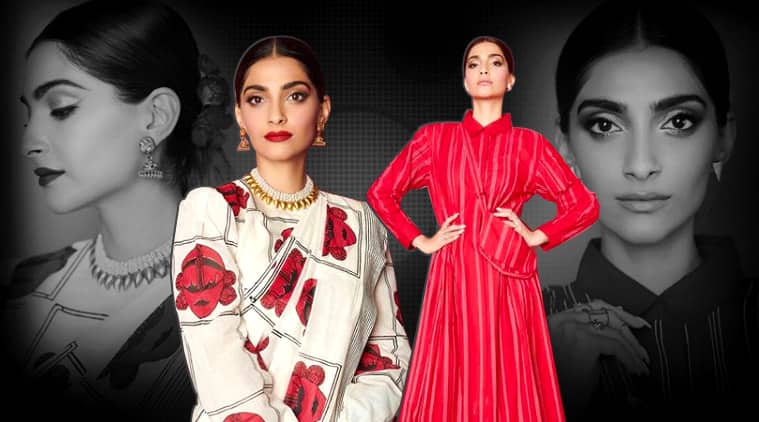 Sonam Kapoor’s fixation with red during the promotions of The Zoya Factor is well known. The film just released but the actor is still busy with the screenings, and while at it, she is giving us some major fashion goals. Recently, she was spotted in two different looks.

In the first instance, she was spotted in an ensemble from Lovebirds. The red kurta with white vertical stripes was teamed with a matching pair of pants. The look was rounded out with hair tied in a ponytail. We really like the braided look. 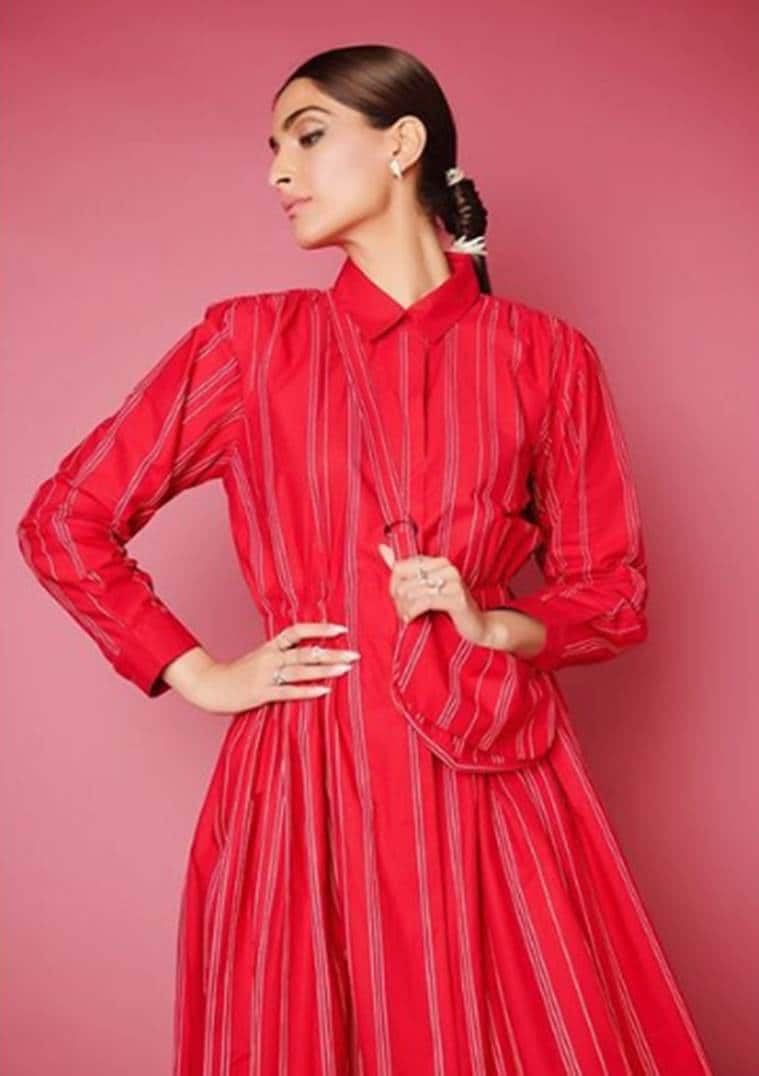 In another look, she stepped out in a printed handloom sari from Jebsispar By Jebin Johny. Their Big Ben Hand block sari was paired with a matching blouse with puffy sleeves. The look was rounded out with a neat bun and accessorised with a neckpiece from Amrapali Jewels. The print might look a bit jarring, but there is nobody other than the Aisha actor to pull this off. 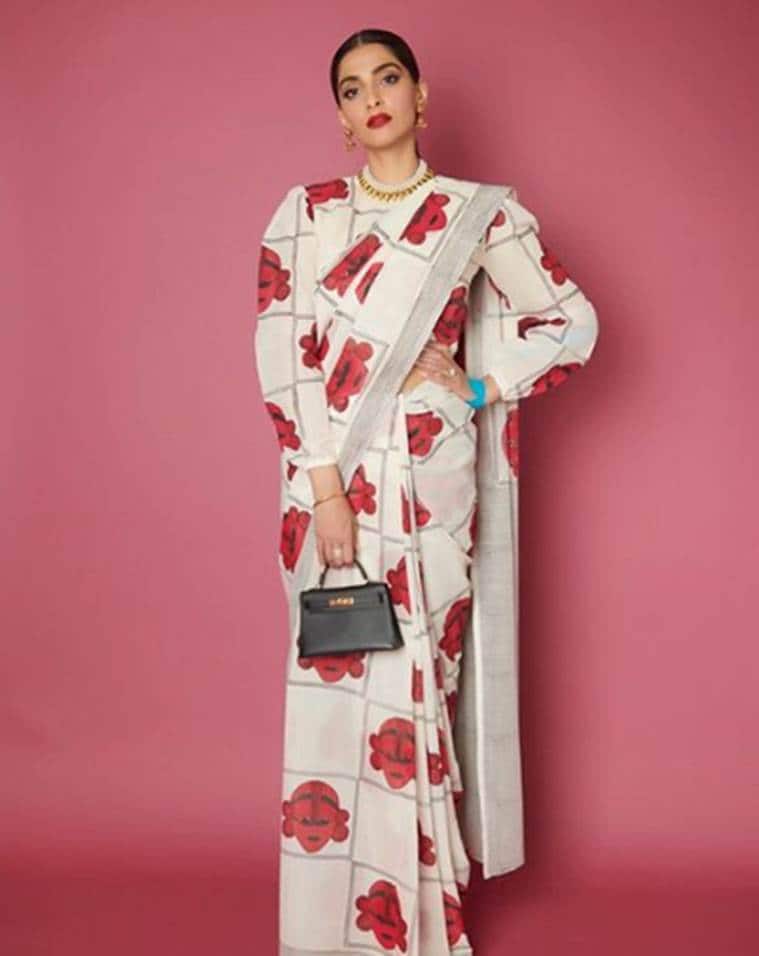 Prior to this, the actor was spotted in a red shirt that she paired with an oversized red blazer and a pair of matching trousers. The look was completed with hair tied in a neat bun and was rounded out with nude make-up palette and a small handbag. Although we are not a big fan of this look, she looked pretty. What do you think of her looks?