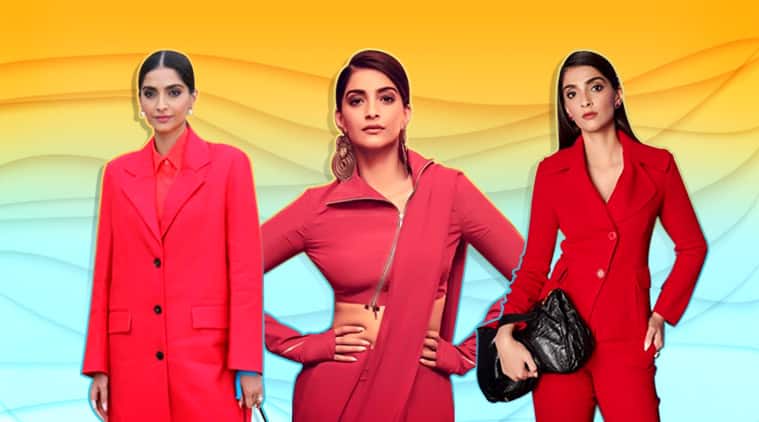 Sonam Kapoor Ahuja is busy promoting her upcoming film The Zoya Factor, and as it’s pretty evident by now, the actor has been wearing just red and its many shades. Not breaking this tradition anytime soon, the actor was seen in three different looks, and needless to say, they were all red.

In one of her recent looks, the Neerja actor was spotted in a red shirt that was paired with a red blazer and matching trousers. The look was rounded out with hair parted at the centre and neatly tied at the back. A nude make-up palette, maroon boots and a handbag completed the look. For the screening of the film recently, she was seen in a similar look as she stepped out in an ensemble from Akris. The red blazer jacket with matching flared pants combination was accessorised with red studs, a clutch bag from Prada and Valentiono shoes. We really like the way her hair was styled by Alpa Khimani, who accessorised them with clips from Schiaparelli and John Nollet Paris. 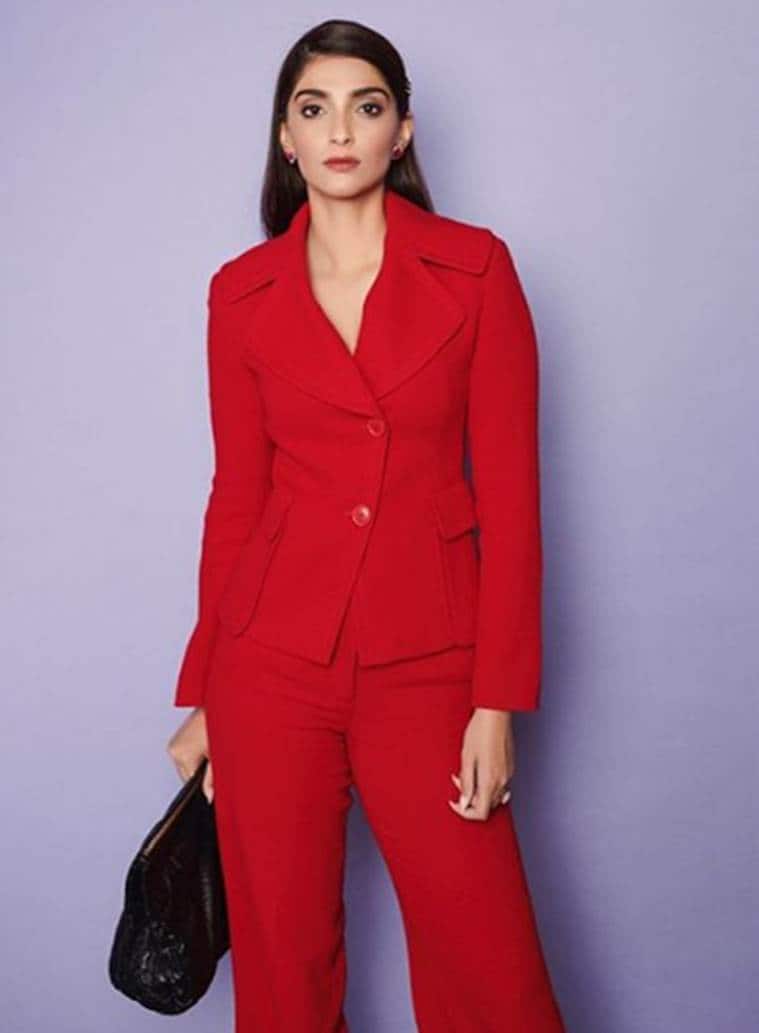 And in the third look, she was seen in a deconstructed biker sari from Rishta by Arjun Saluja, which stood out for its sharp cuts. The actor looked striking and look was accessorised with statement earrings and hair neatly tied in a bun. 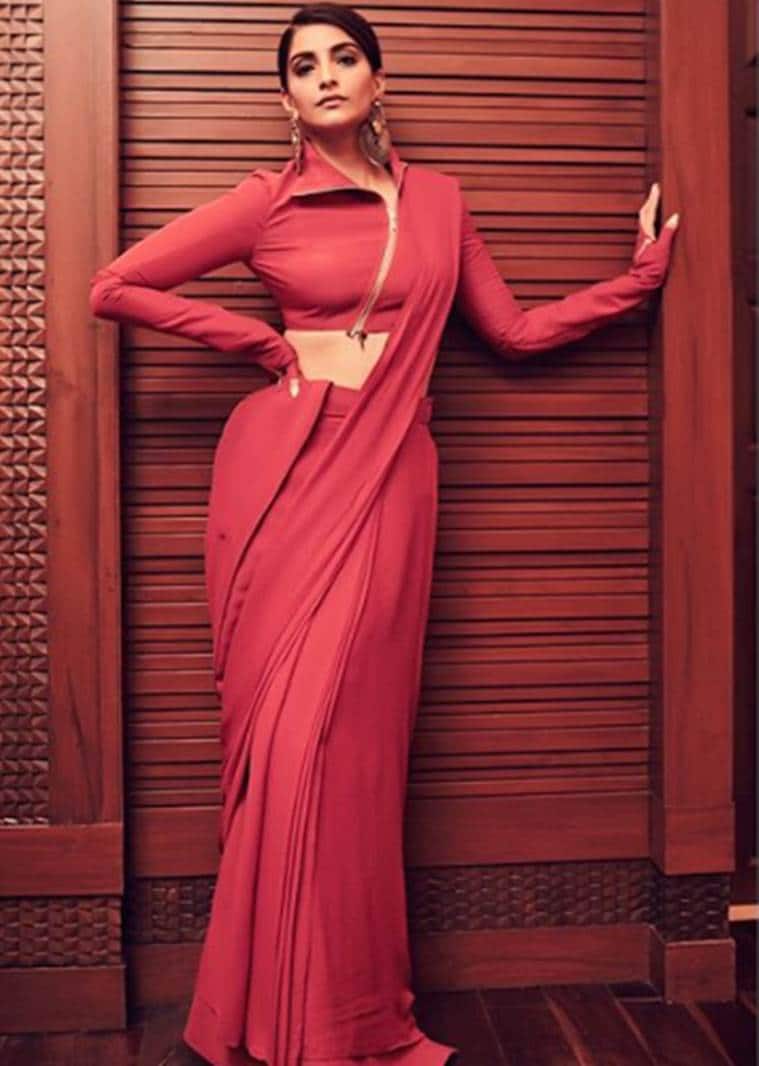 The film is releasing on September 20 and it will be interesting to see what else the actor chooses to don, in red of course. Which look do you like the most?

Give your feet some pampering with this DIY pack