Priyanka Chopra Jonas and Farhan Akhtar starrer The Sky Is Pink, which will release Friday, had its special screening in Mumbai on October 9. As expected, it was a star-studded affair and was attended by a host of celebrities like Vidya Balan, Radhika Madan, Janhvi Kapoor, Diana Penty along with Akhtar, Shibani Dandekar, and director Shonali Bose among others.

In case you are curious to know who wore what, we are here to give you all the details. Vidya Balan opted for the classic black and gold combination. The black sheer sari was intricately embroidered with gold at the hem. The look was rounded out with gold earrings, pink lips, neatly tied hair and a black bindi. 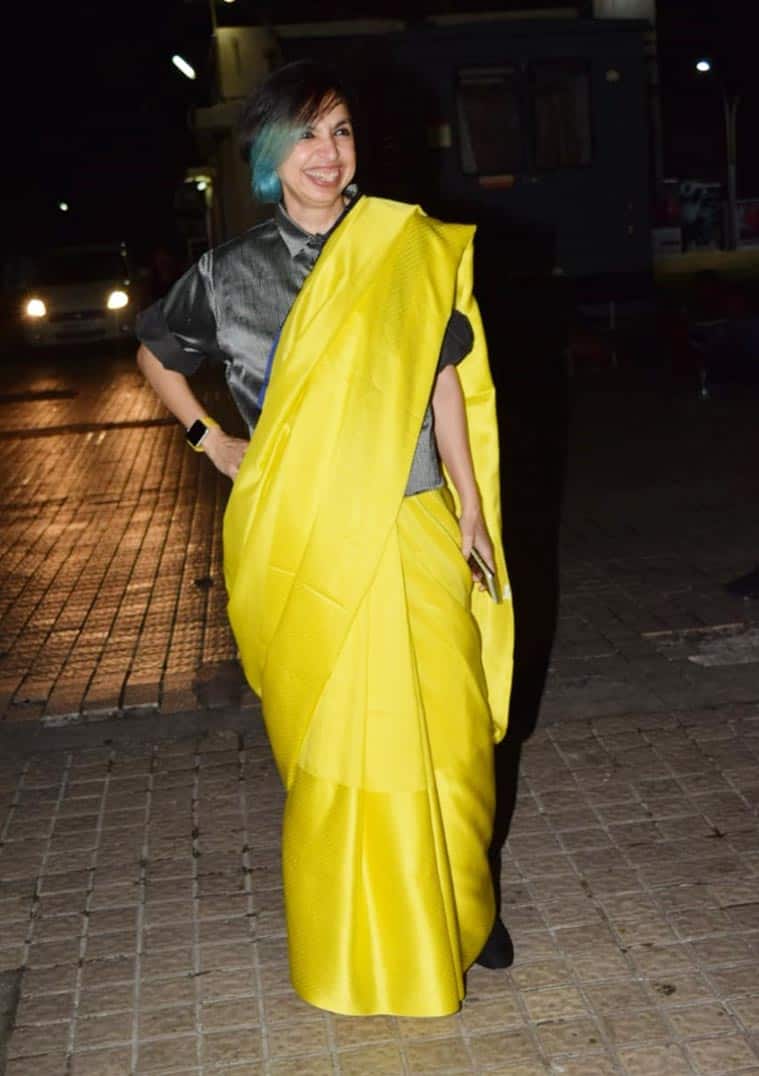 The director of the film looked lovely in a bright yellow sari. This was teamed with a steel grey crop top. Janhvi Kapoor opted for a casual look as she stepped out in a cropped white tee that was paired with olive green cargo pants. The oversized glasses really worked for us. Aamir Khan’s daughter, Ira, too was spotted at the screening. She was seen in a short black dress that she accessorised with white sneakers. Athiya Shetty and Diana Penty were all smiles as they posed for the shutterbugs. Shetty was seen in a multicoloured dress that she paired with a denim jacket and Penty looked lovely in a black jumpsuit teamed with a white blazer. Farhan Akhtar and Shibani Dandekar stepped out together for the event. Akhtar was seen in his casual tee and pants which he teamed with a navy blue blazer. Dandekar, on the other hand, was spotted in a black crop top teamed with a pair of distressed jeans. The oversized blazer and the brown boots quite worked for us.

Who do you think looked the best?