Here is what the B-town actors wore to the airport this week. (Photo: Varinder Chawla/ Designed by Rajan Sharma)

Once again this week, we spotted actors from B-town moving in and out of the airport, looking great. Their impeccable sartorial choices impressed us and gave us much-needed fashion inspiration to travel not only in style but comfort too. From Kareena Kapoor to Priyanka Chopra and Akshay Kumar to Kajol, here are some of the best airport looks of the week. Pick your favourite. 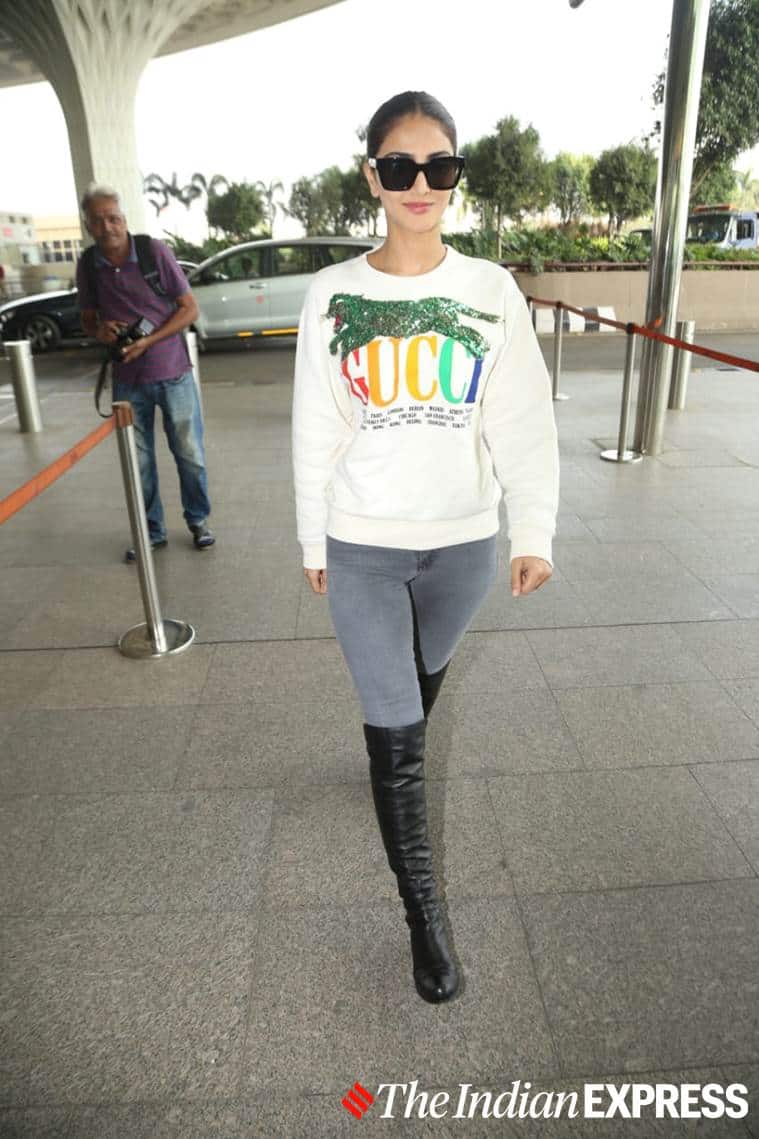 Vaani Kapoor, who has been frequently spotted at the airport, looked sharp last week. Seen in a white Gucci sweatshirt with a pair of blue jeans and leather knee-high boots in black, her look was pulled together with hair neatly tied in a ponytail and a pair of oversized  glasses. She’s was killed to dress in ethnic. (Photo: Varinder Chawla)

Sporting a stunning black kurti teamed with a pair of off-white A- line pyjamas rolled up, Tapsee knows how to wear ethnic in style. The look was pulled together with a pair of sleek oxford shoes and a white sling bag. Kareena Kapoor was spotted in a full black suit teamed with a pair of ankle-length pointy suede beige boots. She kept it simple with a pair of cat-eye frames and a brown handbag. 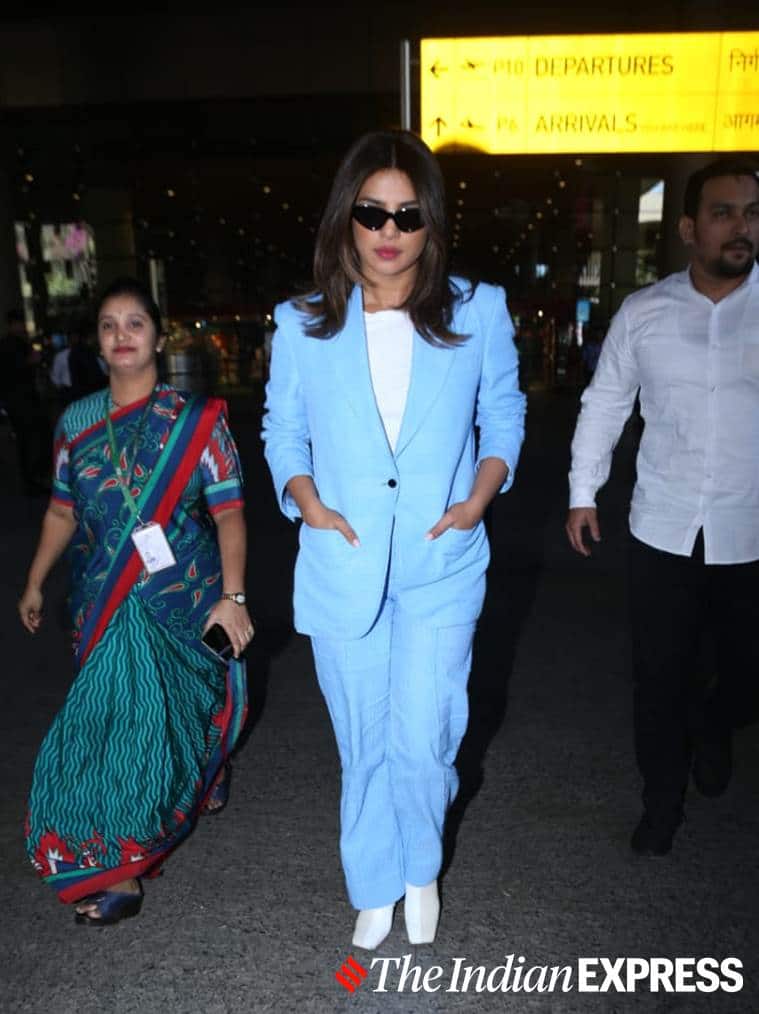 Priyanka Chopra gave us all the boss lady vibes in this pantsuit. (Photo: Varinder Chawla)

Our Bollywood mascot in Hollywood was spotted at the airport this week in a bright sky blue pantsuit which looked super chic. She pulled it with a plain white T-shirt and a pair of white rectangular toe boots. Acing her cat-eye frames, hands down this is our favourite airport look! 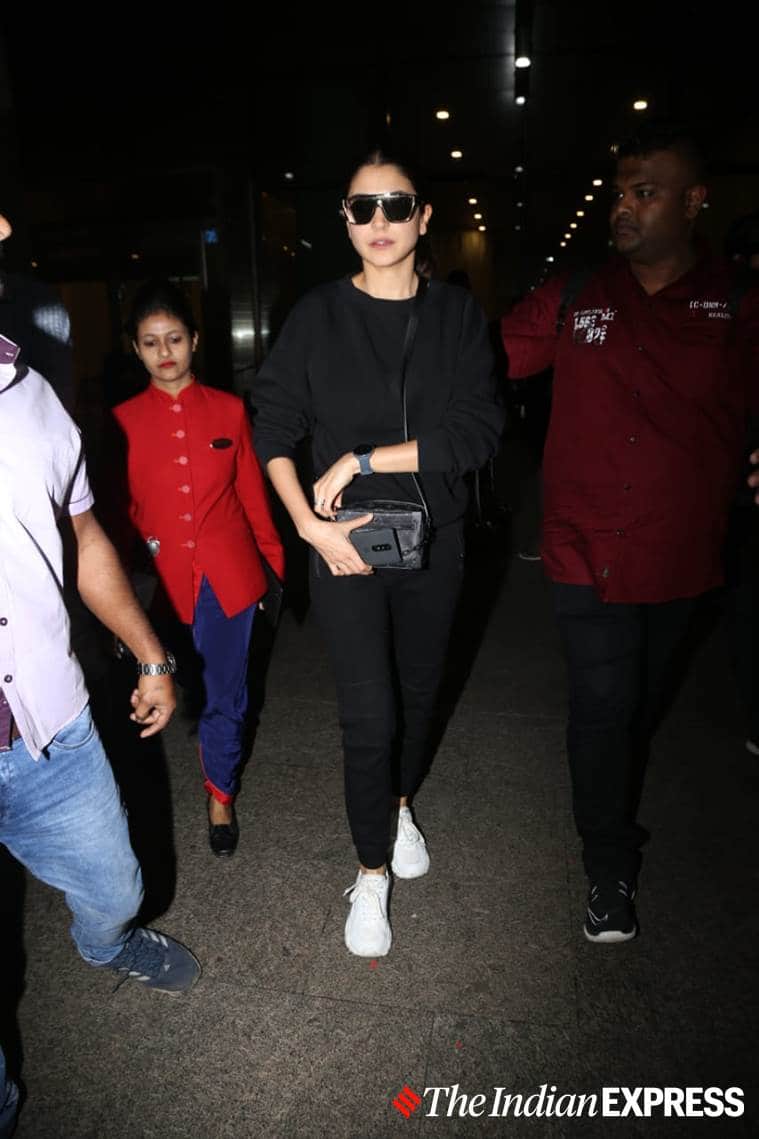 Anushka Sharma kept it sporty at the airport this week. (Photo: Varinder Chawla)

Anushka Sharma aced her all-black look in a plain black sweatshirt teamed with a fitted pair of jeggings and white sneakers. Her hair was neatly tied and she completed her look with a pair of oversized glasses and a leather sling bag. The bright blue is hard to notice. (Photo: Varinder Chawla)

You can be always sure that Akshay Kumar will stick to his Khiladi persona whenever he steps out. Spotted at the airport this week, he was seen in an ultramarine blue boiler suit teamed with a pair of white sneakers. He completed his look with an army print duffle bag and a pair of classic aviators. 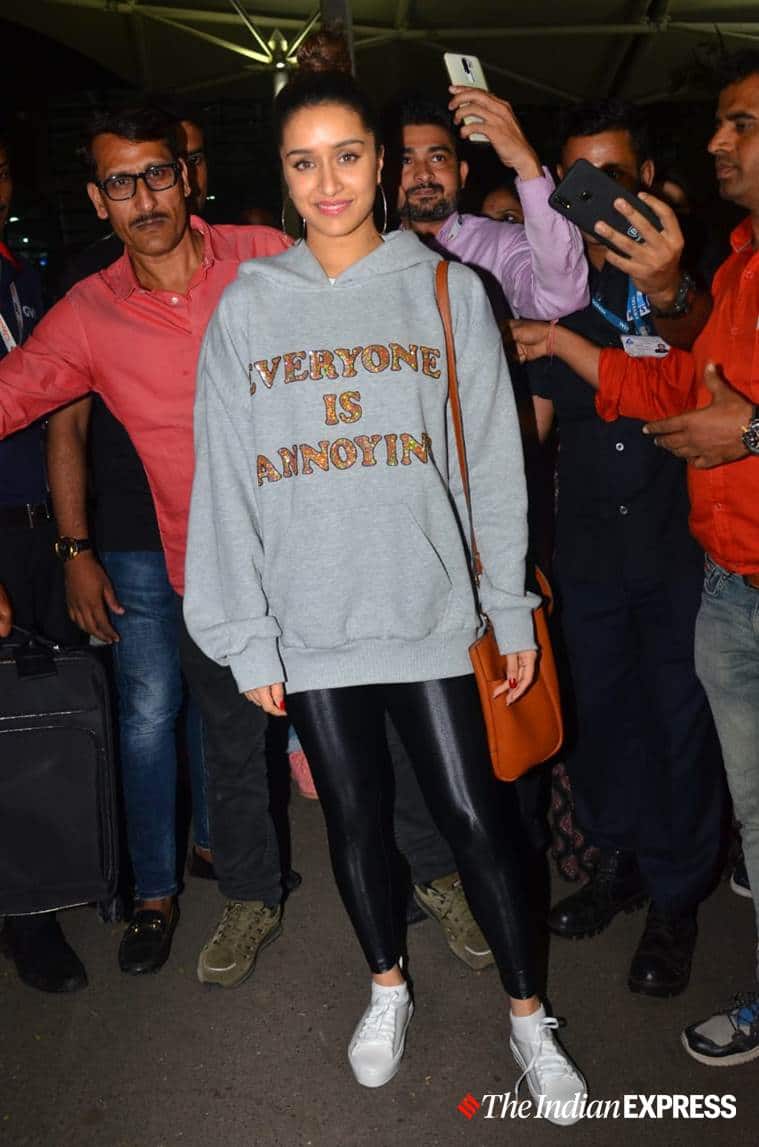 We have our eyes on the oversized hoodie. (Photo: Varinder Chawla)

Kapoor was seen in a fitted pair of shiny black leggings teamed with an oversized grey hoodie saying ‘Everyone is annoying”. Her look was completed with a pair of white sneakers and her hair tied in a neat ponytail. Things were simple on the makeup front with a flawless base and a hint of pink. To keep it chic, she added a pair of silver hoops, We like the colour scheme of her attire. (Photo: Varinder Chawla)

Kajol kept it stylish in a pair of boot-cut jeans teamed with a black lace camisole and a bright blue leather jacket. Her look was completed with sleek aviators and peep-toe stilettos in suede.

Here are Some Interesting Facts About Dadasaheb Phalke

All the times Bollywood dazzled in Manish Malhotra creations