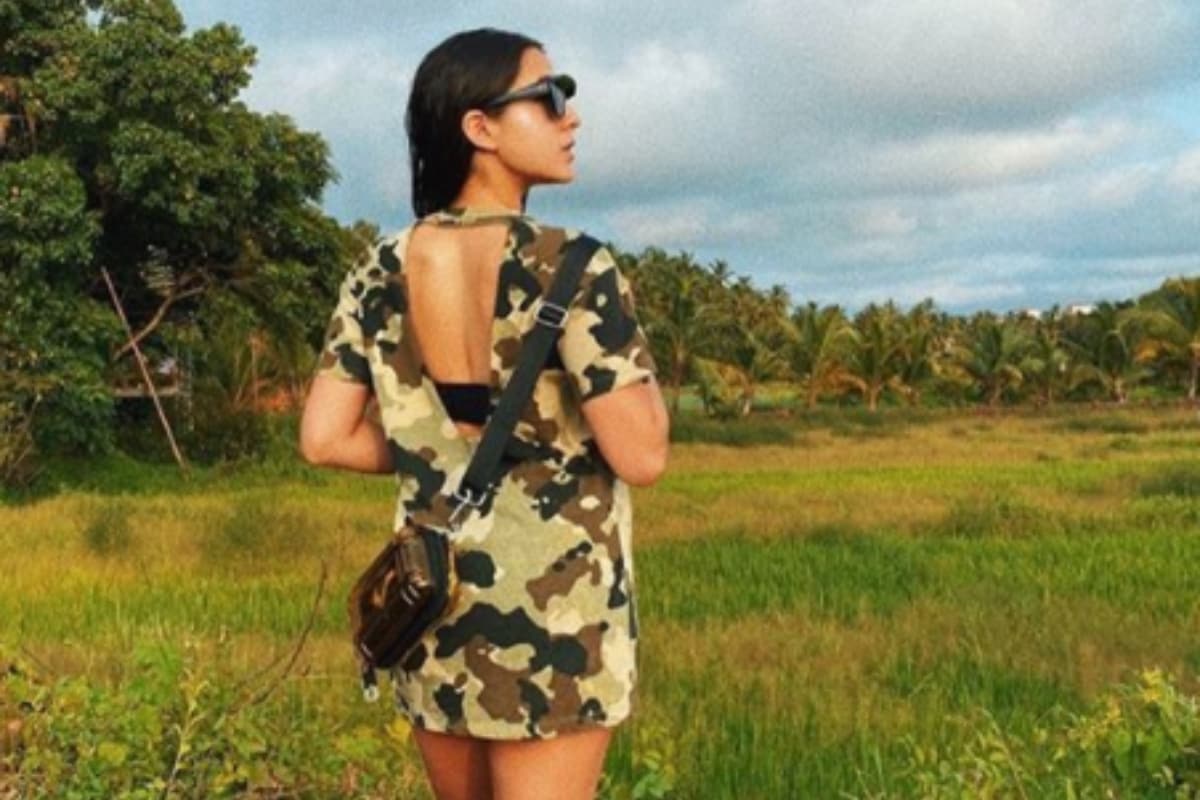 Actress Sara Ali Khan shows fans how to hide from the year 2020, in a new social media post on Monday.

Sara's latest Instagram picture sees her in the lap of nature. She stands amid sprawling greenery and what catches your eye is her camouflage-printed short dress. She completes the look with a sling bag and sunglasses.

"Hiding from 2020 like... #camouflage #mondaymood#mondaymotivation," she captioned the image.

Sara had recently shared a picture in a hot-pink bikini paired and heart-shaped dark shades. She tries focusing on a book, seated a pink tube in the swimming pool.

The actress will soon be seen opposite Varun Dhawan in the remake of the 1995 hit film "Coolie No. 1". The new version is directed by David Dhawan, who also helmed the original film of the same name, starring Govinda and Karisma Kapoor.

The actress also stars with Akshay Kumar and Dhanush in "Atrangi Re". Shooting for the film is set to commence in October.