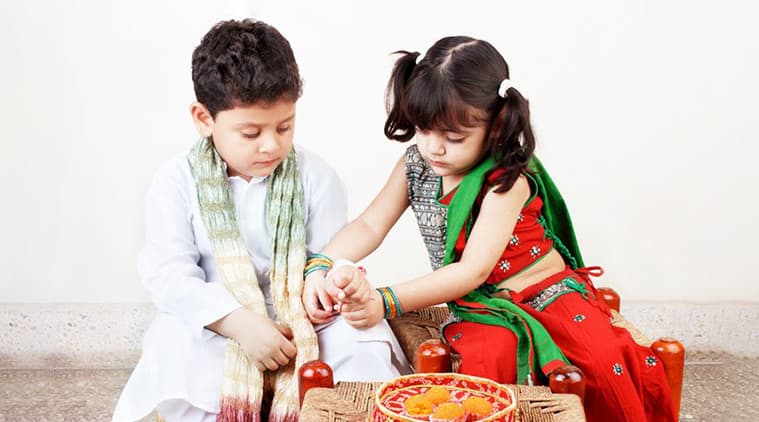 Raksha Bandhan 2019 Date in India: The bond between siblings is considered the strongest and to mark the special bond, Raksha Bandhan or Rakhi is celebrated every year.

Traditionally, it includes the ritual of a sister tying a sacred thread or a knot around her brother’s wrist, symbolically expressing her love for him and seeking his protection in return.

However, over the years, the festival has evolved in its sense and expression. From tribals and environmental groups tying rakhis around trees to protect them, to people tying it on their pets, and people of different faiths tying it on each other to send out a message of tolerance to the community, the festival of Raksha Bandhan has progressed into a celebration of togetherness and companionship.

This year, the festival of Raksha Bandhan will be celebrated on August 15, which falls on a Thursday.

Not only in the northern states of India, Raksha Bandhan is also celebrated across the North western parts of the subcontinent and Nepal with great fervour.

Even if the exact origin of this festival is unknown, mythology is has many legends that talk about the festival. One such story is of the bond of trust between King Bali and Goddess Lakshmi. After being defeated thrice, King Bali in what was a boon to Vishnu, confined him in his house. Lakshmi, in order to get her husband back, tied a thread around King Bali’s wrist and in return, asked him for a token to mark this bond of compassion and faith. King Bali couldn’t refuse and had to send Lord Vishnu to her.

Another story is of Lord Krishna. When he was flying a kite, he cut his finger on the string of the kite. Draupadi, on seeing blood coming out of his finger, ran to him, tore a piece of cloth from her sari and tied it on his bleeding finger. Lord Krishna was so touched by this instance that he promised to protect her from all evil, forever, in return. And as is known, he did protect her when the Kauravas tried to demean her.

Wilder says pre-fight costume wore him down before Fury did