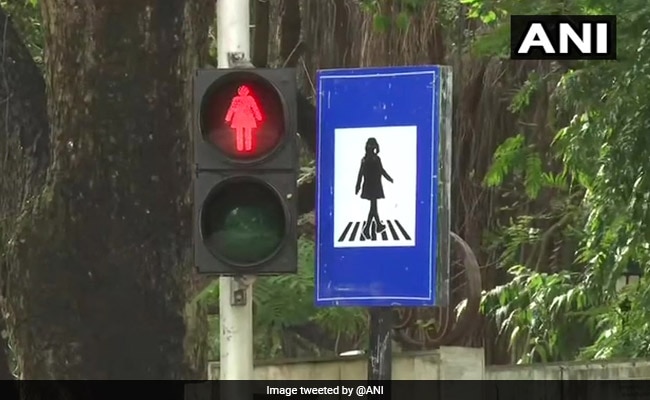 The red and green signals have been changed from the usual stick figures to icons wearing a dress.

In a green light to gender inclusivity, Mumbai in Maharashtra has changed some of its traffic signals to represent women and promote equality.

The Brihanmumbai Municipal Corporation (BMC) has changed the male stick figures on traffic lights and signboards on 120 pedestrian crossings in the Dadar area, the 'G North' ward of Mumbai, and replaced them with icons wearing dresses, a symbolic gesture to represent women.

The move is part of the BMC's cultural spine project.

Maharashtra Tourism Minister Aaditya Thackeray tweeted: "If you've passed by Dadar, you'd see something that will make you feel proud. BMC's 'G North' ward is ensuring gender equality with a simple idea- the signals now have women too!"

If you've passed by Dadar, you'd see something that will make you feel proud. @mybmcWardGN is ensuring gender equality with a simple idea- the signals now have women too! pic.twitter.com/8X0vJR8hvQ

The red and green signals have been changed from the usual stick figures to icons wearing a triangular dress.

The United Nations Women also acknowledged the move. "Here's #SomeGoodNews! Vertical traffic light Mumbai is changing some of its traffic lights to be gender inclusive," it tweeted.

Mr Thackeray said: "Delighted to see the efforts of the BMC for 'the correct signal' being recognised by UN Women. Some may say this is only 'signalling', but equality cannot be measured, it has to begin in the way we think. Each such step, matters!"

A Mumbai resident, Nimisha Warrier, told news agency ANI: "It's good that we are taking such initiatives. Now people have started recognising women's power and they are given equal importance in the society. It's a good initiative to achieve women empowerment."

Feroz Khan Birth Anniversary: A Look at His 5 Superhit Films