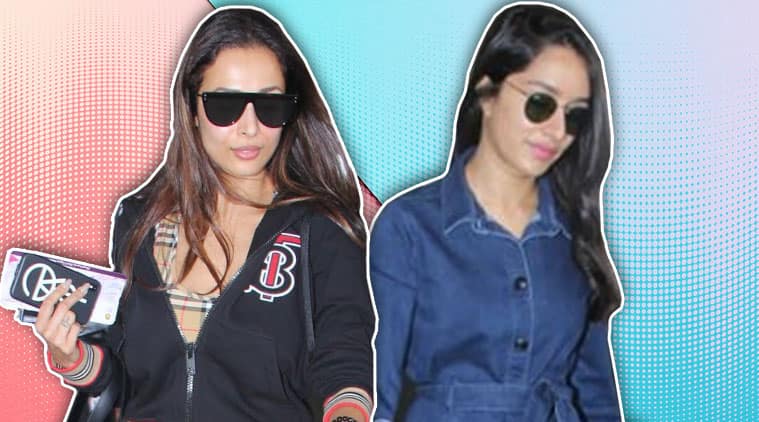 Bollywood celebrities are often spotted at the airport, and most of them always have their fashion game on point. This week was no different with celebs opting for casual yet trendy looks at the airport. From Sonam Kapoor to Raveena Tandon, here’s a look at some of the most interesting airport looks of Bollywood celebs.

Trust Sonam Kapoor to effortlessly rock any outfit. So her latest look at the airport, where she was spotted walking hand in hand with husband Anand Ahuja, comes as no surprise. The Neerja actor had her style game on point and looked lovely in a printed black flowy dress which was teamed with a long black shrug. We love how the look was kept fuss-free with the actor teaming it with a pair of white sneakers. Black sunglasses, cross body bag and blow dried hair completed the look.

Shraddha Kapoor, who has been busy promoting her upcoming film Saaho, was recently spotted looking stylish in a denim look at the airport. We like how the Stree actor kept it simple and teamed the denim co-ord set with a pair of wedge heels. Sunglasses and a hint of pink on the lips completed the look. 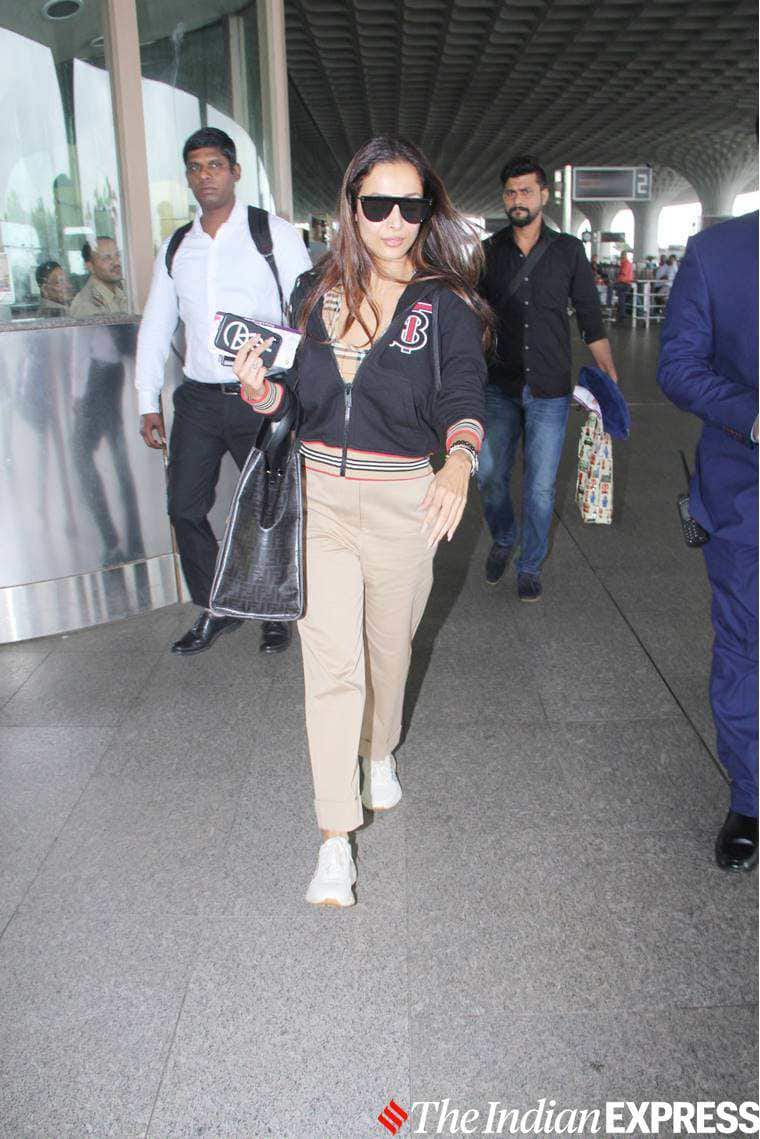 Malaika Arora always has her fashion game on point and it was no different at the airport recently. The TV host was seen in a black jacket and brown pants combination that was teamed a pair of white sneakers. Keeping it fuss-free, she accessorised the look with a black Fendi bag and a pair of black sunglasses, and rounded it out with loose hair.

Janhvi Kapoor liked to keep it simple, and often opts for a traditional look when travelling. This time too the Dhadak actor was spotted looking lovely in an ebellished kurta and pyjama set. The ensemble was teamed with a matching dupatta with tassle details and was rounded out with a pair of Kolhapuri chappals and silver jhumkis.

Like always, Salman Khan opted for a casual look at the airport and was spotted in a grey coloured v-neck T shirt which was teamed with black denims. Brown shoes completed the Bharat actor’s look. Actor Raveena Tandon was spotted nailing an all-black look at the airport recently. We love how the look was kept basic, and was accesorised with a lovely silver neck piece that stood out. The Mohra actor teamed the black ensemble with strappy footwear and kept her long hair open.

Kylie Jenner's collection of bags is every girl's dream