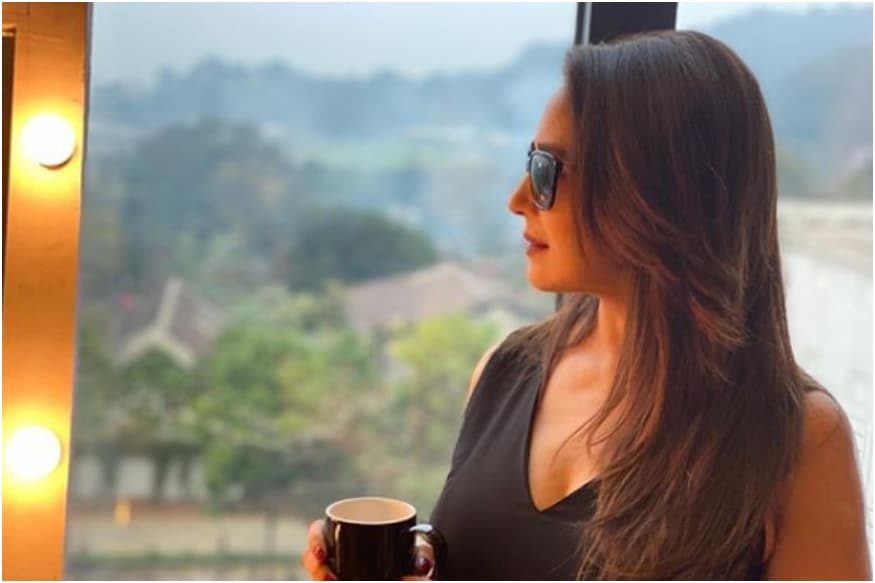 Bollywood actress Madhuri Dixit, who is admired by fans across the globe for her dancing skills and million-dollar smile, has shared a thoughtful post on social media. Looking svelte in a black outfit and sunglasses, the Dhak Dhak girl is seen gazing out the window holding a cup in her hand. “Sometimes all you need is a new perspective,” reads the caption.

Madhuri is happily married to cardiologist Dr. Shriram Nene and is blessed with two children.

The Total Dhamaal actress took the digital route to celebrate Valentine's Day this year. She shared a video on the photo-sharing platform, which featured the dancing queen swaying with husband dearest.

Prior to this, Madhuri also posted another clip, which began with her simple Valentine's Day wish and went on miming a popular dialogue from her 1997 blockbuster Dil To Pagal Hai.

On February 12, she had ushered Dr. Nene’s birthday in the sweetest way. She shared a short clip on Twitter where is seen bringing a cupcake for her husband along with their pet dog Carmelo, and penned a sweet wish along which reads, "Happy Birthday to the one that changed my life @DoctorNene ... Words aren't enough to tell you how much I love you or what you mean to me".

Happy Birthday to the one that changed my life @DoctorNene... Words aren’t enough to tell you how much I love you or what you mean to me❤️ pic.twitter.com/uOIT2dQMm5

Check out how Shraddha Kapooor is enjoying her time at home