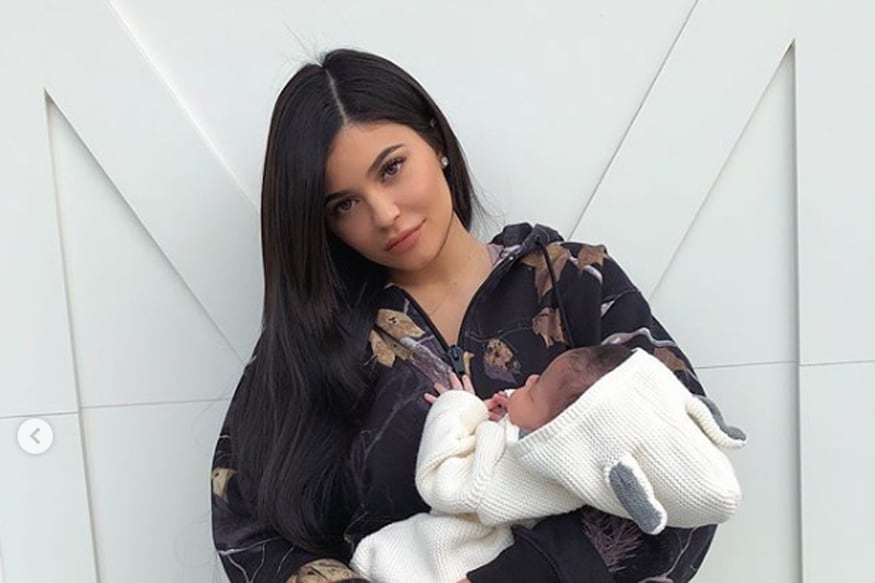 Kylie Jenner went viral after a clip of her singing 'rise and shine' to her baby daughter Stormi became a rage in the virtual world, inspiring thousands of memes. Now, the reality TV star is selling merchandise inspired by her viral moment.

The star, 22, is capitalizing on her musical success by releasing meme-based sweatshirts, reports pagesix.com.

In the clip last week in a YouTube tour of her Kylie Cosmetics Headquarters, Kylie gives a tour of her office space, which includes a playroom for her daughter Stormi. Near the end of the video, Kylie enters the playroom and sings the phrase "rise and shine" to her daughter.

The moment sparked thousands of reactions and memes, and Kylie decided to come out with clothing items inspired by the moment.

The sweatshirts feature Kylie's face inside of a sun with the words "Riiise" and "Shiiinnee" on the sleeves in a black version and on the front surrounded by musical notes on a white design.

It seems that Kylie has been enjoying the reaction to her singing. Before the news of the clothing line, the star re-tweeted a parody of an audition on "The Voice", which pop star Miley Cyrus also shared, and a dub-step remix version.

She even changed her Instagram bio to "Rise and Shine" and posted her own upbeat remix.

Singer Ariana Grande even asked to sample the sounds for a future song, to which Kylie said, "Yes, yes you can Ariana Grande. As long as I'm in music video."

This Is Why Shruti Haasan Called Herself 'Waste Lady'